SteelSeries has revamped its celebrated Sensei mouse to celebrate the classic clicker’s 10th anniversary, proving that some things really do get better with age. The new look Sensei Ten (£69) brings back the ‘iconic’ (alright, perhaps it’s getting a little carried away) ambidextrous design of the original, but packs an all-new TrueMove Pro sensor that apparently provides exceptional tracking on any surface by delivering 18,000 CPI, 450 IPS, and 50G acceleration. Tilt tracking also allows for advanced stabilisation during intense gameplay, even when repositioned, eliminating tracking errors during intense gamplay – like when you’re trying to clinch the victory in Pong. In terms of durability, the Sensei Ten brings in a new dual spring mechanism that should last for around 60 million clicks. Blimey. That’s a lot of clicks. 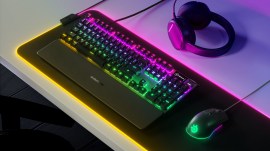 Jays celebrates its 10th anniversary with these super buffed earphones 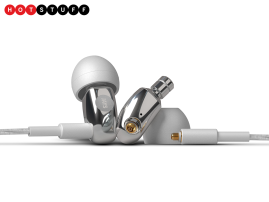