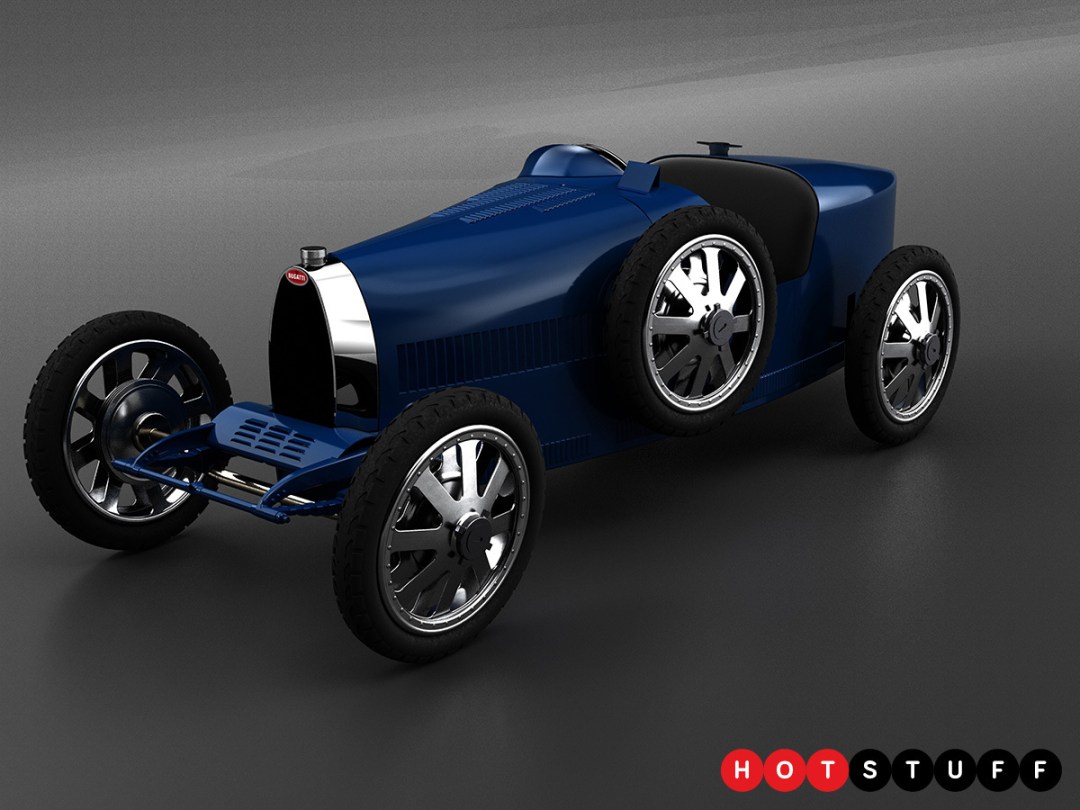 Chances are you’ll never be able to afford a proper Bugatti. Even a second-hand Veyron will set you back well over a million quid, so you might want to turn your attentions to the fully electric Baby II instead. Sure, it’s only a three-quarters-size replica of the Bugatti Type 35 that still costs €30,000, but unless you’re Peter Crouch it’s big enough for adults to squeeze into. With a sprog behind the wheel it’s limited to 12.5mph, but there’s a grown-up mode that increases the top speed to nearly 30mph, while an optional Chiron-style Speed Key upgrade disengages the limiter and unlocks the full 10kW of power. Unlike the original Baby it has removable lithium-ion battery packs, a limited slip differential and regenerative braking, although production is similarly limited. Only 500 are being made, so if you want to own one you’ll need to get your order in quick.