There’s nothing quite like hearing your favourite music live. You’ve booked your ticket months in advance, the new album is on repeat, you’ve remembered how much you like their early stuff. Everything is in place. What can go wrong?

Well, there’s always the possibility the bass sounds like an industrial-­sized vacuum cleaner in need of a service. Or the lead singer sounds like he’s growling through a sieve from the room next door. Or maybe your nearest speaker sounds like it’s got a small insect trapped inside. And then you try nearer the front, to the left a bit, further back… But no.

Whether you always realise it or not, a middling (or worse) sound system can suck the party out of a room in an instant. Bowers & Wilkins thinks hi-­fi has the answer, promising to help you hear your favourite DJ, artist or band like you’ve never heard them before. And the good news is you can decide for yourself this summer, as it’s making its way on to the festival circuit…

Enter the Bowers & Wilkins Sound System, designed to bring hi-­fi sound to live music venues and please a chin­stroking audiophile as readily as an angry mosher. It’s a hi-­fi system on steroids, thanks to 144 speaker drivers and 120,000 watts of power.

It’s capable of hitting 120dB (which would be like standing next to a jet engine) and would have a street value in the region of €1 million were it to go on sale. The best sound system in the world? B&W would say so.

This year’s Primavera Sound festival in Barcelona saw what was strictly the third incarnation of the system, and ­spoiler: it looks almost as good as it sounds. Tweaked and modified since last year’s lower­key debut, the Sound System actually started life some twenty years ago as a side project at Bowers & Wilkins’ Sussex HQ.

And it turns out it’s only right that the system finds itself in a field near you this summer: the first-generation sound system ended­ up in the hands of local party promoters, once the B&W bods had had their fun. So if you ever found yourself dancing in a field in the south of England around that time, you may have heard the first model…

It’s fair to say that it was nothing quite like the polished system you can set your eyes and ears on now. The Sound System in Barcelona featured 32 bass drivers, 32 lower midrange drivers, 16 midrange drivers and a whopping 64 tweeters.

The system can be arranged pretty much however B&W chooses, though four imposing stacks, one in each corner of the room, will be most typical. Each stack at Primavera stood 3.2­m tall, with some extra bass bins at the front of the room for good measure. You shan’t want for bass weight in the presence of this system, that’s for sure.

And while the Sound System may seem a long way from a pair of hi-­fi speakers, in reality the technology isn’t a million miles away from what B&W uses in its more everyday products, ­from its £300 T7 wireless speaker to its £500 stereo speakers and beyond.

Double dome tweeters borrowed from the latest B&W 600 Series speakers aim to help reduce distortion, while the decoupling technology, perfected on the company’s stereo speakers, improves resolution and helps keep vibration to a minimum. B&W’s famous FST midrange drivers are on board, so you’ll spot the distinctive B&W yellow Kevlar cones that give the system a familiar design.

The bass units use customised 15in versions of the drivers found in the company’s ultra-­high­end £67,000 CT800 home cinema system, while B&W technology such as Flowport and Matrix bracing, which are seen on everything from the B&W 800 Series to the T7, are also part of this million Euro monster.

And having heard the system ­we’d heartily recommend you try and hear it, too. B&W believes the key areas of improvement over existing PA systems come with the level of clarity throughout the frequency range, and the depth and control of the bass.

While some club systems may shake the walls, it can be fairly flabby, low quality bass – a sense of power over pure sound quality. This system delivers serious bass depth and genuine, ribcage-rattling weight. Delving deep below 80Hz, these are bass notes that you can really feel, and won’t always hear on other systems.

And you don’t have to take our word for it. Musicians and DJs seem to be queueing up to play on the Sound System ­and wax lyrical about it. Sonic Youth’s Thurston Moore made a beeline to the system in Barcelona and liked what he heard: "Bowers & Wilkins’ Sound System has more to do with an appreciation of what an analogue signal delivers."

Dixon, one of the biggest DJs in the world when it comes to underground house and techno, played on the system and said, "Very often people make things louder and louder and louder. Everyone tends to do this. But a good sound is not just loud but everything is there, and when you leave the club you are not bleeding at the ears, and this is what you can achieve on a system like this."

While Spanish DJ and producer John Talabot, one of the most popular acts at Primavera, enthused, "Last year Sound System was amazing, so when they said this year there is another chance to play it I said ‘yes yes yes’. The Sound System is straight – it is really warm and punchy."

So you’ve heard it from us, you’ve heard it from the artists who have played the system – now you just need to hear it for yourself. Already responsible for a packed house at Primavera Sound and a one­off Jamie XX gig in London, the B&W Sound System will be at WOMAD in the UK and Oya in Norway later this year, with a few potential other appearances said to be in the pipeline, so watch this space.

And with other traditional audio brands, such as McIntosh with its Despacio project, getting in on the sound system act, we could be staring down the barrel of a new age of hi­fi sound in clubs and live music venues. And putting an end to gigs ruined by rubbish sound.

Who gives tin for a 10-year anniversary anyway? 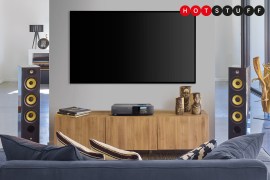 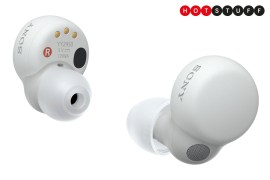