Here’s something you might have missed: the Mac is a great gaming platform now. No, really!

For years, Apple gamers were restricted to little more than eons-late ports and the odd quirky strategy game. But while many AAA games still skip the Mac, and those that do come often arrive later than on other platforms, things are finally starting to change. The pack of omissions is thinning, the release turnarounds are swifter, and indie developers in particular are making Mac more of a priority.

Whatever kinds of games you’re into, you’ll find a wide array of fantastic choices on Mac, and quite easily too: thanks to Steam and the Mac App Store in particular, you can tap into thousands of titles large and small within moments.

Never thought about using your Mac as a gaming computer? Here are 15 of the absolute best titles available today – in no particular order – to get you started. Some are recent, some are old classics, but all deserve to be played. Happy gaming.

You’ve never seen a gaming world quite like Columbia. The floating city is a stunning but cruel place filled with warring factions – and you’re the private detective sent into the mayhem to rescue a woman with a supernatural secret.

Like the original BioShock, the heady narrative, super-powered combat, tremendous world design and period detail – the whole thing is set in 1912 – combine to create an unforgettable shooter.

The side-scrolling slash-’em-up nearly perfected – and made absolutely loony. Castle Crashers is a cartoonish wonder, letting up to four players each command a colour-coded knight and charge into battle against an array of crazed monsters.

It’s not an especially long or complex game, but the co-op experience is hilarious fun, and it can be played again and again with wide grins intact.

Canning the swaggering sexpot routine that grew so tiresome, the new Tomb Raider starts afresh with an Uncharted-like reboot that’s visually dazzling, incredibly intense, and has more of a story hook than we’re used to from the series.

You’ll experience Lara transforming from a frightened young explorer into a confident killer when the need arises, and there’s plenty to investigate and tackle. A welcome reinvention.

Several years and a much larger sequel later, the original Portal still stands as an utterly brilliant shake-up of the puzzle genre as viewed through a demented, first-person lens.

Trapped in an experimental facility on the fritz, you must solve physics-centric tests to break free – all while the chatty computer system drops memorable quips. It’s short, sweet, and one of the greatest games you’ll ever play.

After loads of bad Bats games, Arkham Asylum finally did the Caped Crusader justice – and then Arkham City soared past it a couple years later.

Arkham City is the ultimate superhero simulator, letting you explore (and glide through) the open terrain and battle a who’s who of iconic villains. Greatest comic game of all time? For now, at least – Arkham Knight is just around the corner.

A side-scrolling, environmental puzzle-’em-up, Limbo is mesmerising to look at and shot through with tension. With clever use of shadows and a moody soundscape, it builds atmosphere as well as any game out there.

You’re provided no context for who the young boy is or why he’s in this hazard-filled setting, but you’ll still feel compelled to push forward through the gripping, compact adventure.

Brought back from the dead in glorious fashion, the XCOM franchise is arguably better than ever in the excellent Enemy Unknown. Blasting aliens in games is old hat, but Firaxis uses the premise to spin out an impressively extensive and challenging tactical campaign, and losing a comrade after a series of tough battles really stings – just as it should. The Enemy Within expansion adds further treats and is well worth trying.

Gone Home is the rare first-person experience without guns or combat, and it’s all the better for it.

You take the role of a young girl visiting her parents’ new home for the first time after a lengthy spell away – only they’re not there. What happened? Examining the contents of the mansion and piecing together the story is the only way to find out. It might sound boring, but instead it’s affecting and fascinating.

Another licensed game? Believe it: Telltale Games’ point-and-click take on the smash comic series is a marvellous thing, generating incredible, gut-punching emotion as it pulls you through the undead uprising.

Every decision you make, whether it’s an action or a response, alters the path of your story, and it all carries across the five-episode season – and then into season two, complete with its big shake-up.

This mind-punch of a retro homage anchored Indie Game: The Movie and nearly drove its creator crazy – and its more perplexing puzzles might do the same to you.

Fortunately, it’s the kind of frustration made more than bearable by the brilliant platforming tweaks (you can ‘rotate’ the 2D world) and utterly charming presentation, not to mention the treasure trove of alluring secrets buried within.

Half-Life 2 is probably the only decade-old first-person shooter that we would put on this list in a heartbeat (to be fair, it’s only been on Mac since 2010).

It excels in all possible regards, whether it’s the taut action against frantic alien beasts, the ambience of the world, or the enticing storyline with its very human-seeming characters. Play it – and don’t miss the standalone follow-up episodes.

If you like your games unpredictable and simultaneously tough as nails, then FTL: Faster Than Light might be just what you’re seeking.

You’ll guide your ship through a randomised galaxy and engage the various threats that emerge, working to keep your vessel intact all the while. The challenge will scare some off, but those who embrace it will fall hard for this engrossing sci-fi strategy experience.

Minecraft has transformed from an indie game into an institution – 50+ million copies sold will do that, after all. But behind that madness is still (surprise!) a really entertaining little game.

With worlds built from nothing more than pixelated blocks, Minecraft creates a real sense of wonder as you explore the terrain, discover its myriad secrets, and concoct all manner of LEGO-like structures.

The game series that lets you redo the past is arguably one of history’s greatest time sinks, and Civilization V is the culmination of everything that’s enthralling about the strategy series.

Streamlined and more accessible than ever while maintaining its complexity and richness, Civ V grants great power as you lead your people to prosperity (or poverty), and proves seriously satisfying as such.

There were many more big-name AAA titles we could’ve selected to round out this list, and still we kept circling back to Sky Gamblers: Storm Raiders. Why? It might be the most fun you can have on Mac for three quid, as this slick dogfighter is excellent both in its online aerial showdowns and its thrilling campaign missions based on World War II. Either way, it’s a total blast, and super cheap too.

READ MORE: The 25 best iPhone and iPad games in the world right now

Coffee fans will want to get their claws on this. 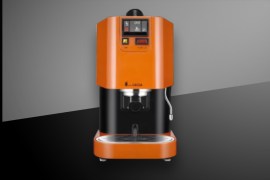