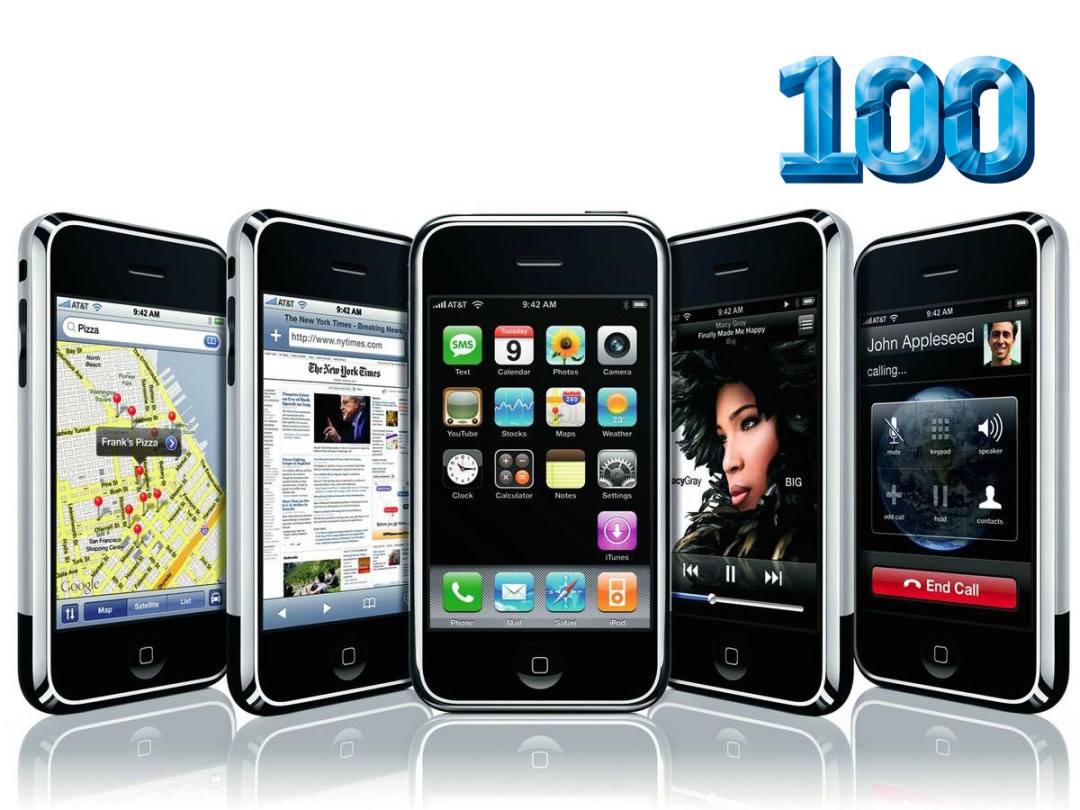 In the early days, we could only really access the World Wide Web from two places: home, or work. This all changed with the introduction of a phone from a company named Apple, which is still influencing our technology today.

With many of us largely dependent on our pocket tech nowadays, it was this era that asked the question of not what you could do whilst on the move, but what you couldn’t – and made it possible.

Heck, you’re probably reading this on the move. If you are, sit down (or don’t), have a read, and let us know your views on it: #WebEverywhere also saw the introduction of the hashtag.

VOTE ON YOUR FAVOURITE GADGET TO WIN AWESOME PRIZES

On the face of it, Twitter is merely a playground for egotists and bores. But enough about the Stuff editorial team’s personal accounts – what Twitter has done for the way we consume information and interact with both brands and people is huge. Have you tried flicking through a daily newspaper recently? Why bother? Almost every single story you’d want to read, you’ve already seen on Twitter, neatly summed up in 140 characters (along with more than your fair share of cute cat photos and dinnertography). It’s also empowered whole societies, exposed wrongdoing and created the ‘second screen’ for TV commentary. Before too long there’ll be an account set up purely to tweet old photos of newspapers and clips from the six o’clock news. How sweet.

A gadget that just records video might seem quaint in today’s world of 4K capturing mobiles but that’s exactly what makes the Flip so important. Its popularity showed that people wanted to shoot quick and easy video for that newfangled YouTube without worrying about focus, white balance or any of that Spielberg nonsense. Until phones caught up, a Flip had the answer.

The Nintendo Wii’s heyday might’ve been short-lived in console terms, but its effect on gaming is still evident in the motion-tracking PS Eye and Xbox Kinect. It got lazy gamers up from the sofa and using muscles they didn’t know they had, and even made gamers out of people who’d never inverted a Y-axis or pwned a n00b in their lives. For that, Nintendo, we salute you.

With the benefit of hindsight, the iPhone is in its rightful position on the tech timeline. It sits alongside the Walkman or colour television as something that completely changed the way we see technology. It put the internet in our hands (albeit quite slowly until the 3G version arrived), made touchscreens useable with capacitive tech and multi-touch input, created a whole app industry, and spawned a new category of smartphones designed to be used by everyone rather than just those with a good grasp of JavaScript. Yep, even your mum’s got an iPhone these days. It’s got to the point where the call functionality is secondary to all of the other stuff it does, meaning you can take our phone, but you’ll never take our iPhone.

The ‘iPod of books’ hasn’t had quite the same effect on publishing as Apple’s thin white jukebox did on the music industry, but its low price, ease of use and whopping library of titles has made the Kindle a hit far beyond your average gadget fan and into the hands of commuters. Like the Walkman, the Kindle’s been so successful it’s become the default term for an ebook reader.

While the arrival of the first iPhone eclipsed the N95 in many ways, the dual-sliding Nokia was a superior smartphone – it just required a bit more tinkering to get the best out of it. Still, it came with an army of features: 3G, video recording, a camera flash, Bluetooth and support for third-party apps out of the box, which is more than could be said for the iPhone.

For a company with a reputation for being stuffy and uptight, the BBC’s iPlayer was way ahead of its time. Seven-day catch-up for TV and radio meant you no longer had to bother watching telly when the channels wanted you to, plus iOS and Android apps meant you didn’t even have to be at home to watch it. The entire broadcasting world followed suit. iPlayer is worth the licence fee alone.

Not just an incredible digital SLR, Canon’s 21MP 5D Mk II was also the first to shoot 1080p video. Combined with the full-frame sensor, good low-light performance and relatively low price, it became popular among amateur (and not so amateur) film-makers for the cinematic look its footage produced. In 2010 an entire episode of US medical drama House was shot on one.

It’s hard to imagine a time when Dr Dre’s Beats headphones weren’t just decorations to hang off the head of every professional footballer on the planet, but the original Monster-made cans were genuinely brilliant. The latest ones don’t sound so good, but what they’ve done to the headphone industry is impossible to ignore – just ask Apple’s bank manager.

Tesla’s on a roll now with the S, an electric-powered luxury saloon. But it all started with the Roadster, the world’s first battery-powered sportscar. Despite the fact that it was actually run by thousands of laptop batteries it was fast and fun. A lot of the credit for that can go to Lotus – the Roadster was also built by them in Norfolk. It didn’t sell well, but it will go down in history.