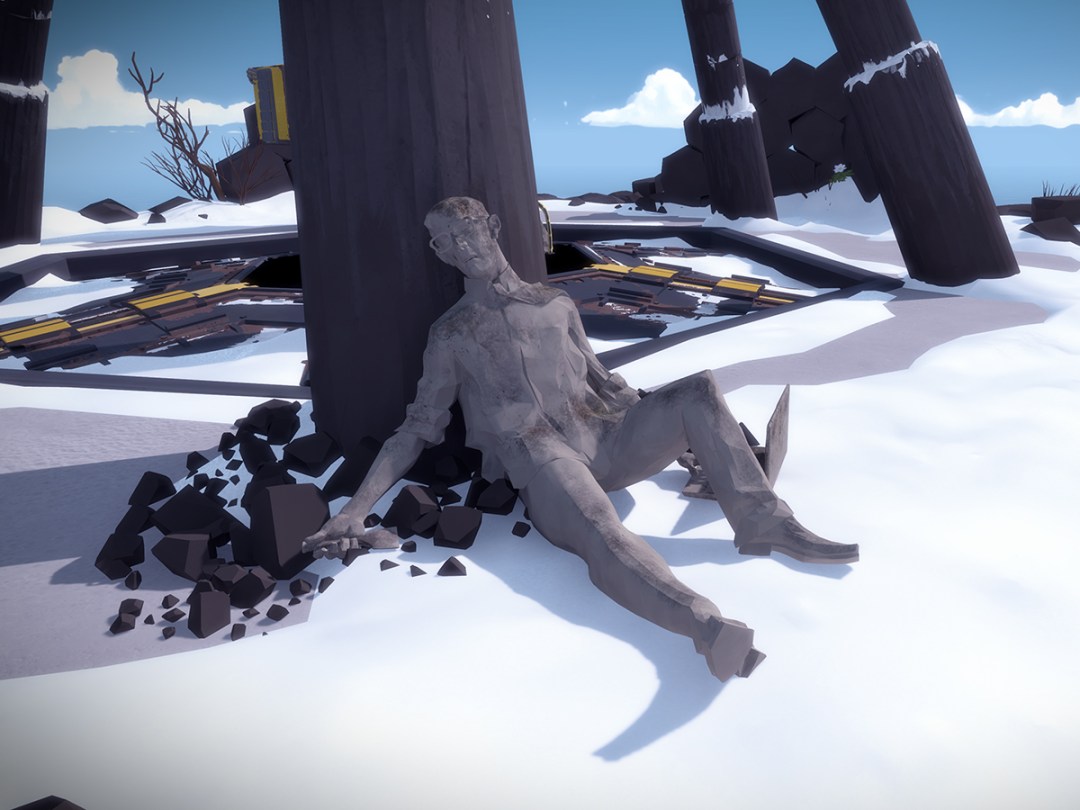 Jonathan Blow, indie-royalty and creator of The Witness, is a very clever man.

You might already have clashed wits with him over his ground-breaking 2008 platform-puzzler Braid for the Xbox 360. Maybe you even completed it, along with all the secret puzzles. Think this makes you an expert puzzle solver? A dab hand with a controller?

Re-evaluate. Next to J-Blow you’re a stumbling ignoramus. Play his long-awaited second game and you’ll feel the occasional sense of achievement before crashing into irrefutable of your inferior IQ.

Seven years in the making

The Witness isn’t all that dissimilar to Braid. Every puzzle in that sumptuously colourful, 2D physics platformer was built around your ability to manipulate time, with different areas layering on new ‘rules’ or restrictions to keep you on your toes. It had a mysterious, oblique back-story about the Atomic Bomb that you could easily miss, or ignore. And it was more mind-boggling than a MENSA exam on the 4th dimension.

Like so much of life, not much has changed in the seven year gap between games. The Witness too has a kind of story, but you’ll have to hunt down tiny voice-recorders and get cosy with the inevitable Reddit thread if you want to understand it. The island that acts as your playground pops with hyper-real colour, from candy-floss trees to SEGA-blue seas and lakes. And it’s maddeningly hard.

Choose your own adventure › Life Is Strange review

Conceptually, Blow’s latest effort is much more ambitious. It makes the transition into a 3D, first-person open world, heavily inspired by the ambient 1993 classic Myst. Imagine a cross between Sudoku and a Portal as invented by The Riddler. If you dare.

What makes the puzzles of The Witness so unique and impressive are the very things we can’t talk about for fear of ruining them. It’s safe to say however that every single puzzle is a variation on a grid-maze where you must you must draw a line between points A and Z. Sometimes the line has to pass through points B and C (etc) as well as fulfilling various other rules, such as there being a mirror image line to contend with. And most importantly, they usually have an environmental factor, or clue.

Sounds taxing to even imagine, right?

The way the puzzles are distributed across the island means that you can easily find yourself at a set that you don’t yet have the knowledge to complete. Hold off on that cold sweat, because for each type of puzzle, there exists a little training sequence that will non-verbally introduce you to the new restriction or rule of that area. The Witness, it seems, is a trusting master.

As you make progress in any of the various areas, you’ll discover more clues, and knowledge, to help you tackle the others. As a result, The Witness is only as linear as your intuition and ability, and it really encourages you to keep moving around.

Unfortunately, after your euphoric first couple of hours of discovery, the game’s balance between progress and frustration starts to tip. After 4 hours you might begin to doubt your intelligence, after 6 your worth as a gamer and human being. Finally, Jonathan Blow has his revenge for people figuring out Braid.

Luckily, The Witness’ unnamed island is absolute screenshot fodder and a real joy to explore. From a maze-filled castle (with no princess in it, natch) to a huge bamboo grove, to a quarry and a beach littered with ruins, the low-poly geography is wonderfully varied. It’s also littered with details that hint subtly at the backstory. It feels like every tree, pebble and clue has been hand placed and obsessed over for (7) years. It’s less deliberately ‘arty’ as Braid‘s swirling oil-paint style, but definitely more memorable.

Riot of colour aside, this is a deliberately minimalist experience. Lack ofs include: music; controls (you can run at least!); the aforementioned narrative; mercy. This crucially allows your attention to focus like a laser on the environmental clues. When you’re not this close to hurling your controller through the TV, it’s really very relaxing. Here’s hoping for wingsuit or jet-ski DLC.

What The Witness wants is to turn your feeling of tilting at windmills into ‘Eureka!’ moments after coming back to a puzzle with fresh eyes. These moments will happen. It just seems a shame that, especially since the game is easily 20+ hours long, there will be people many who just don’t have the combination of time, patience, and intelligence to experience more than half of its content.