Some internet radios want to run your life with touchscreen-controlled Twitter apps, weather widgets and calendars. Then there’s the Q2, which doesn’t. It doesn’t even have any buttons. There’s an on/off switch on the back and that’s it.

A buttonless internet radio might seem crazy, but the Q2 is clever and easy to get to grips with (if you’ll pardon the pun). It uses an accelerometer-powered, movement-based control system: just roll it to change presets, and tip it back and forward to turn the volume up or down. To turn silence it, just up-end it on the speaker.

It’s a well-built box, too – which is a good thing, given that you’re going to be rolling, tilting and manhandling it.

Where it stumbles in its quest for simplicity is the set-up procedure. This involves far too much faffing around – more than you could demand from a technophobe who would otherwise love the concept. First you have to download some software from the official website (having entered some personal details), install it on a PC or Mac, tell it which wireless network to connect to, and then use a very clunky search tool to specify four internet radio stations as presets.

We found it easier to scan the net radio section of iTunes to find and audition stations, then go back to the Q2 software and fish them out from its search results.

It’s a shame, because otherwise this would be the ideal net radio to give to someone less technically adept than yourself. As it is, there’ll always be the fear that if you left it all set up with such a person (who said Gran?), at some point it would need resetting or the Wi-Fi network would need changing, rendering it useless until you popped round with your laptop to sort it out.

There’s also a slight issue with the Q2’s inability to connect to hidden wireless networks (although visible password-protected ones are no problem). So if you’re a secretive type who likes to keep your bandwidth on the down-low, you’ll have to look elsewhere.

You might think four stations is a bit stingy, but we ask you this: how many stations can you honestly say you listen to regularly? At least, ones that you’d want at the tips of your fingers? Four doesn’t seem so bad now, does it? And not having to deal with yet another head-scratchingly complicated interface (after you’ve got it going) is worth it even if you do have more.

There’s more good news, too: the sound is surprisingly solid from such a little box. Speech is clear and crisp, and music is weighty and punchy considering the dinky dimensions, with good definition and detail. It’s bitrate dependent, of course: if you’re a fan of offensively low-quality streams, the Q2 will do you no favours. But then nothing else will, either…

If you’re after a no-frills, decent-sounding radio, the Q2 will put a smile on your face. We like it a lot. 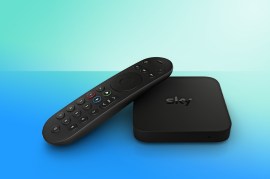 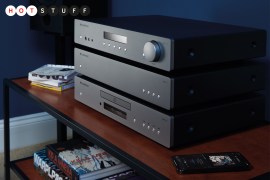