Have a look round our TV reviews and you’ll be swiftly disabused of the notion that Full HD is a must-have. Other factors – contrast and ability to handle motion, for example – are equally important to picture quality. But when these basics are sorted, as they are on the LX508D, then Full HD resolution is a very nice icing on the cake.

So behold Pioneer’s flagship 50in plasma, the PDP-LX508D. It builds on the ability of the PDP-508XD in three ways: it adds a new colour filter, aimed at improving red hues, it ups its contrast ratio from 16,000:1 to an almighty 20,000:1, and it packs in over a million more pixels than its sibling.

The results are awesome. That’s an often-misused word in the modern marketplace, but here it’s entirely appropriate. The Pioneer is as astonishingly complete and class-dominatingly capable as Bugatti’s Veyron: it does everything that anything else  in its class can do, and then takes it to a new level.

Take detail. Throw in an HD-DVD of 300, and you’ll be transfixed: if ever a movie shot in such a hyper-real style could appear ‘real’, it does here.

Colour saturation is complete, blacks appear mercilessly deep, and there’s no discernible noise on the screen. None – not even with very fast motion.

Of course, any large-screen telly, especially one with this many pixels, is going to suffer when asked to display plain old Freeview TV, but the Pioneer even has an answer there – it has a decent tuner, and it does what it can with the content it’s given.

There’s plenty to play with in this set, but all of it means business. For example, picture set-up modes include an automated screen ‘optimiser’, which can be teamed with an ambient light sensor to produce a picture optimised for your room and current viewing.

It’ll also allow for fine-tuning by an accredited ISF (Imaging Science Foundation) picture technician, giving you the chance to squeeze even more ability from it if you wish.

Beyond that, there’s a USB in to support photos from a memory stick, native resolution support for PC content and three HDMI 1.3 inputs. In short, everything you’ll need to supplement what is the best picture we’ve ever seen from a flatscreen.

Why not stream some knowledge into your eyeballs this evening? Updated for June 2021 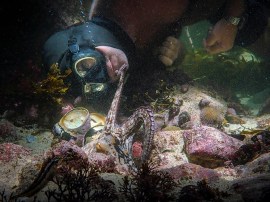 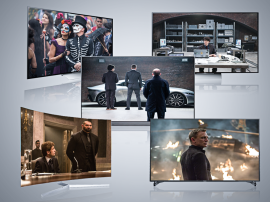 Pioneer, maker of incredible TVs like the PDP-LX508D plans to cease home-baking its plasmas. It will turn out its last batch this year, before passing