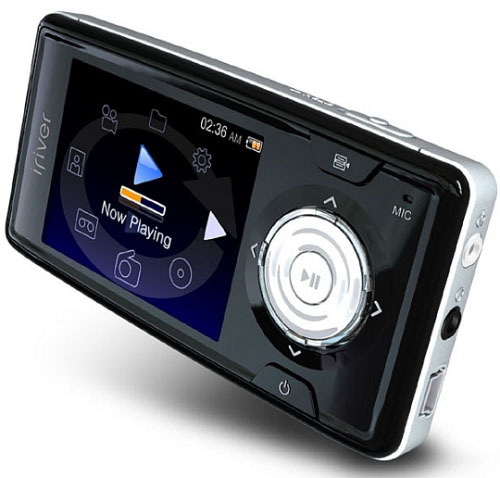 From the makers of one of the world’s dinkiest flash players – all bow to the cute as hell U10 – comes something, again, a little different. Available exclusively from Edinburgh-based Advanced MP3 Players, this crazy number has the audacity to take on Samsung’s K5 by including a built-in speaker.

Despite its special feature, the X20’s price tag is staggeringly low. So where does it cut corners? Well, the supplied buds are pretty terrible – iRiver, you need to replace these hard-sounding fellows with something a lot sweeter.

The unit feels solid enough in the hand, but the bargain price means you get a plastic-edged chassis, instead of the metal niceties found elsewhere. It also has a tiny, moving scroll ring, although our fears that this would prove too fiddly proved unfounded.

Spin the iRiver Plus 3 software, fling on some content, and you can test that internal boombox. Even with the volume cranked, and your angriest Nine Inch Nails track, you’re unlikely to incur any ear bleeding – the speaker is pretty weedy. But it works, meaning more than one person can enjoy your fine selection of music and videos.

The X20 also packs a Micro SD card slot, letting you expand the memory, while the lithium ion battery is removable, meaning you can carry a spare and avoid running out of juice. Nice.

For video, the 2.2in screen offers smooth replay, although it does suffer some reflection issues and lacks a little vibrancy. At this price, though, few convergence fans will have cause to moan about the X20’s performance. 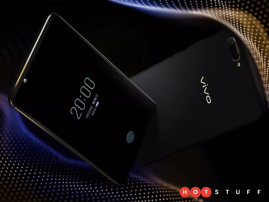 Got a shiny new Apple smartphone? Then you’ll want to fill it with these 20 essential apps 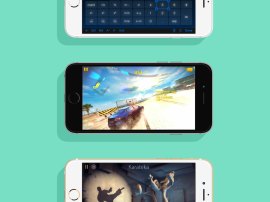 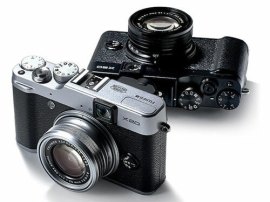