If you’re making a trip into the great outdoors it seems a fair trade-off to be kind to it and not release a load of greenhouse gases that might lead to its early demise.

The Basecamp cooker uses a green gel made from sugar cane that looks like swarfega and burns like napalm. It only emits a small amount of carbon dioxide and that was absorbed while the plant was growing, so no new CO2 is being released into the atmosphere.

How green is my flame?

The stove comprises a re-sealable fuel tin that’s like an oversized can of tuna. A simple stand clips underneath and a heat regulator that doubles as a pot stand sits on top.

The regulator is a simple metal cylinder with a circular baffle that opens and closes like a pair of wings to control the flame. Light the gel and you’ll have a generous flame for around two hours.

If you don’t need that much burn time put out the fire and, when the can has cooled, reseal it until the next time you need a brew. Easy.

Green yes, but any good?

This is an innovative, inexpensive and environmentally sound piece of kit, but unfortunately it’s let down by a few basic design faults.

The regulator housing doesn’t sit snuggly enough on the fuel can and once you’ve lit the gel, it’s slightly disconcerting to see flames licking up the outside of the stove.

The usefulness of the baffle to control the flame is also questionable as it’s pretty much ‘on’ or ‘off’. The baffel plates expand with the heat and can become stiff to move, especially as the lever is a little flimsy and uncomfortably close to the flame. Probably best to set the flame at the level you want then leave it. 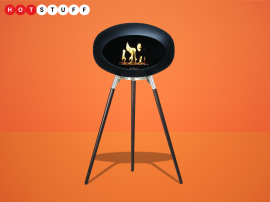 Fire up your cookout with these super sizzlers 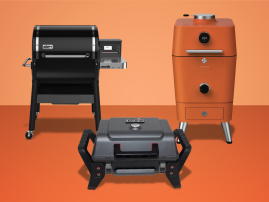