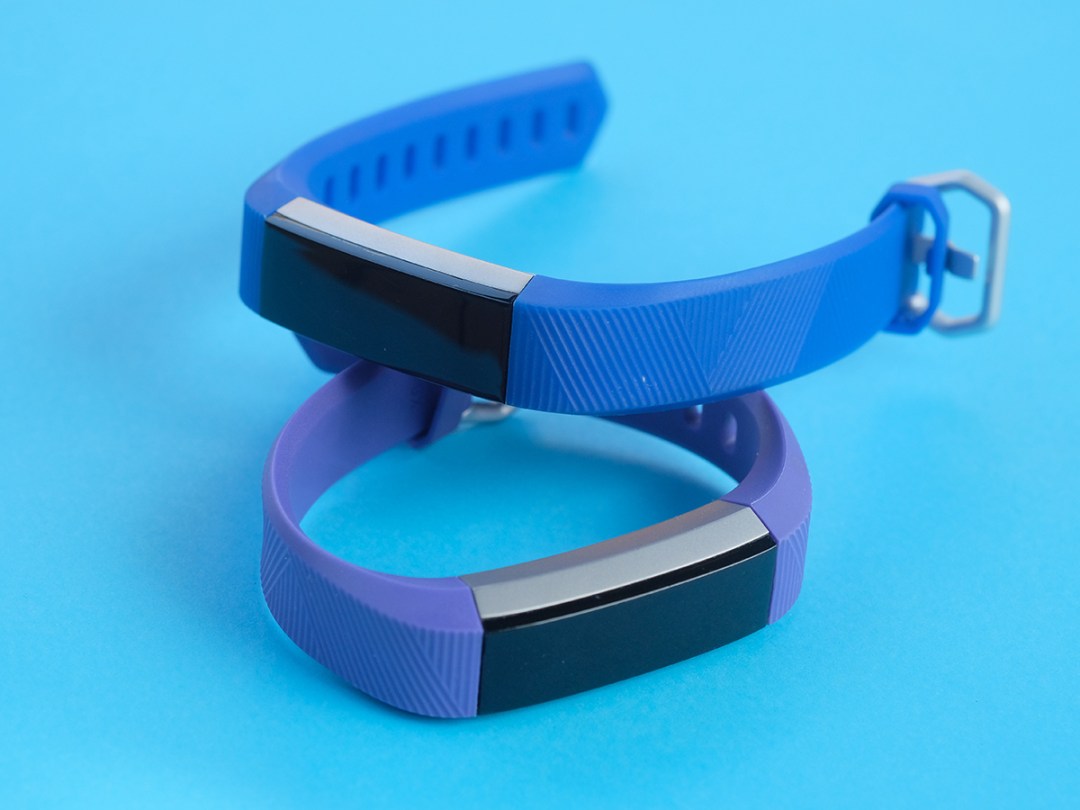 Fair play to Fitbit for making a child-focused fitness tracker. Problem is, it can behave like an infant too.

How so? Well the Fitbit Ace is small, cute and doesn’t cause you too much trouble most of the time. But on the flip side it’s also really annoying in some ways, unable to complete the simplest of tasks, and prone to bouts of utter stupidity.

At its heart, this is a grown-up fitness device in a diminutive package. It tracks your child’s steps, activities and sleep while looking every bit the sleek, stylish band they’ve seen mummy and daddy wearing. And it costs a bit less than the adult version, too.

It’s aimed at kids aged eight and above, and arrives with promises that it’ll help drag them away from the screen and into the garden.

Which is all very well, but does it pass the parent test and actually make your life easier too? Let’s find out.

The Fitbit Ace is essentially a Fitbit Alta with a smaller strap, and design-wise that’s mostly a good thing.

For those of you not familiar with the Alta, it’s one of Fitbit’s 923-strong current range of trackers, and consists of a small metal lozenge with an OLED screen that clips on to a pair of durable rubber straps.

Those straps can be easily swapped out, giving you the ability to customise your Alta and disguise it as a piece of jewellery, for instance. And, in this case, it’s given Fitbit the ability to add some child-sized straps and remarket an old device at an entirely new audience. Cynical? Me?

As with the Alta, the Ace is therefore a good-looking, if fairly unremarkable, device. It does the job without drawing attention to itself, basically. But that feels to me like a missed opportunity, because many kids like drawing attention to themselves, and they certainly like individuality. With only two colour options – blue and purple – they won’t get that here.

Of course they could swap the straps for third-party offerings, but as yet there are no particularly child-friendly options on the market. The rival Garmin Vivofit Jr, meanwhile, has both Disney and Marvel designs on its straps.

Still, build quality is excellent, and it is, I’m told, comfortable enough to wear all day and even in bed. It’s also water-resistant to IPX7 standard, meaning it can cope with a water-fight in the garden, if not a full-on swim in the pool.

Battery life is average, at around five days, and charging is via a custom bulldog clip-like gizmo, rather than generic USB. That means you won’t mistake it for anything else, but also that if you lose it (or more likely your kids do) you’ll have to buy another one.

The Ace is a fairly simple device. It has no buttons at all, and your kid instead operates it by tapping the screen: twice to wake it and once afterwards to cycle through the three info screens. Note that the display’s not a touchscreen – taps are actually registered by the accelerometer. That means that swipes won’t work here and while my kids found it easy enough to use, they did complain that it wasn’t always very responsive (not their actual words; they’re only eight). You’ll need to pair it with a smartphone to be able to set it up and view most of the data. If your child doesn’t yet have a smartphone, that means linking it to your device and using the new Parent and Kid modes to control it. More on this later. The fact that it’s based on the Alta’s hardware means there’s no heart-rate tracking – that comes on the more expensive, grown-up, Alta HR – and there’s no stair-counting either. More positively, there’s no place here for calorie counting or data about body-fat – kids have enough body-image pressure on them as it is, so this is very much a good thing. So what you’re left with is step-tracking, active-minute counting and sleep-logging, of which only the first two can be viewed on the device itself; sleep-tracking data is accessible via the app. That’s pretty basic, but Fitbit has tried to add a few extra features to liven things up. Challenges, for instance, let your child take on family members or friends to complete the most steps in a certain time, while Adventures give them a sort of digital excursion around Yosemite or New York. These come with photos and ‘hidden treasures’ along the way, and definitely have potential. The Ace will also display text messages and incoming phone calls if it’s linked to your child’s phone – which could come in handy for getting their attention when the phone is in a school bag – and it’ll show them reminders to move if you’ve set certain goals. Finally, they can choose from one of 10 watchface designs. None are particularly kid-focused – there’s nothing cartoony, for instance – but they’re all easy to read.

As a fitness tracker, the Ace performs excellently. Step counts appear accurate, although it’s hard to tell given that little legs scuttle along at a different rate to big ones. A day out saw my Fitbit Charge 2 register around 10,000, for instance, while one of my twin daughters apparently did 13,000 on the same route over the same time-frame. That’s to be expected, though, and at least the two Aces I tested both recorded fairly similar totals. Sleep tracking is also good, and although it won’t stop your kids coming to the top of the stairs every few minutes to complain that they’re not tired, it will at least give you a heads up that they only got 7hrs the night before, and that you should therefore prepare for a tough day. Most importantly, my kids generally enjoyed wearing them. Both myself and my partner already have Fitbits, so this felt to them like a good bit of family bonding: the 21st century version of standing around a piano singing music hall songs. Nor was there anything tricky for them to get to grips with here – they immediately grasped how to use the Ace and what it can and can’t do, then moved on to more important tasks such as drawing really bad pictures and losing the remote. As expected, their competitive instincts kicked in the second they slipped their devices on – to the extent that both ended more than one day literally running around the house trying to beat the other’s total. No, that’s not asking for trouble at all. So from a child’s point of view, the Ace is a success, and one that could lead to a lifelong interest in exercise (at least until they discover alcohol). However, from a parent’s point of view it’s a slightly different matter.

The biggest flaw is with the app, and specifically with how you control the device. For some reason – probably data protection, but possibly sheer malevolence – Fitbit has decided that to operate an Ace you need to use its new My Family mode. This lets you add children and their Aces to your account, which makes a lot of sense on the face of it, especially if you’re using your phone to control their devices. Unfortunately, the implementation makes almost no sense at all. Logged in as yourself, you can with four clicks swap into Child View, which lets you operate an Ace and view your kid’s data. Fine, just about. But to then swap back to your own account, you have to find the exit button, then sign out, then sign back in again as you, each time entering your password. It’s ridiculously convoluted. It’s worse still if you have two or more kids – log in as a parent, swap to Kid 1, log out, log in as parent, log in as Kid 2. Then log out and in again to get back to your own device. And because there is no way to view stats or sync data for the Ace unless you’re in Kid mode, you’ll end up going through this digital hokey-cokey far too often. It’s not like this is complicated stuff. Plenty of apps have parent and kid modes that you can swap between with one click, or that let the parent view all the kid’s info without even leaving kid mode. It’s utterly bizarre that Fitbit designed it in this way. There are other frustrating oversights. For instance, you can set a bedtime reminder, which seems like a great idea – until you realise that the reminder doesn’t flash up on the Ace, as it should. No, it only appears on the smartphone – which no child should be looking at just before bed anyway. Kids can also taunt each other, and send each other messages of encouragement – but again, only via the smartphone app, which means they’re next to useless for younger kids. If Fitbit had only aimed the Ace at 11 or 12 year olds who might well have phones, it’d make more sense, but for eight year olds it really doesn’t.

“It’s annoying because I have to go to school every day so I can only wear it after school. It’s a bit hard to get it off and on and I’m not sure it’s counting my steps properly because it said I’d done 9994 and we were only shopping! It doesn’t stay on the information long enough and it takes too many taps to open it but it does make a good clock and timer and I like the challenges.”

“It’s OK but it’s not easy to go on the challenges because they are only on the phone and I’m not allowed to have one yet. It feels good to wear and I even sleep in it and it’s comfortable.”

That the Ace exists is clearly a good thing. Everyone knows there’s an obesity epidemic in the UK, and anything that encourages children to be active is to be applauded. Kids will like wearing it, and from their point of view it’s a simple and effective device. It’s also well built and relatively affordable, which will please most parents, but sadly they won’t be so happy about the Fitbit app’s obvious deficiencies. No, an app isn’t what you’re paying for here, but it is central enough to the experience that I can’t overlook its shortcomings. Perhaps for slighter older kids, who do have their own smartphones, it wouldn’t be so much of a drawback.

The Ace succeeds in its goal of getting kids moving, but is liable to stress you out at the same time

Gets your kids moving

Simple for them to use

Too many features are phone-only