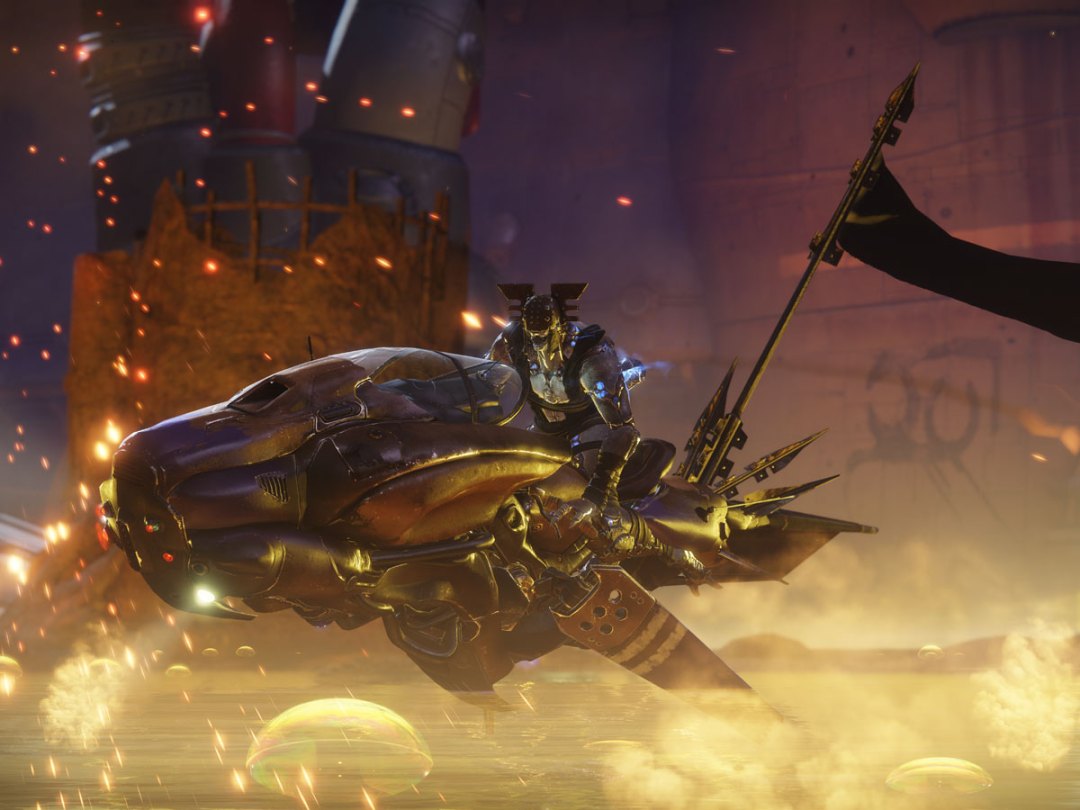 Destiny has enjoyed something of a rough ride in the four years since the first game’s release.

The franchise has been a standard bearer for the concept of “games as a service” – titles that offer regularly refreshed challenges and updated content in order to keep people playing regularly (and paying regularly) for a long period of time – and at times developer Bungie and publisher Activision have struggled to find the right balance.

Should you cater for the reddit-dwelling hardcore fans who want to play for several hours every day, or the casual gamer who’s only got time for a few hours a week? Every time Bungie seems to find the sweet spot, something seemingly changes – or some needless misstep is made – that upsets the apple cart again.

Destiny 2 delighted everybody at launch, garnering great reviews, but soon after it became clear that Bungie’s attempts to cater to the casual crowd had left the rest of us with nothing worthwhile to do after a few weeks. Throw in a very lacklustre first DLC in the form of The Curse of Osiris, and the game looked to be in jeopardy.

Since then, Bungie seems to have made a concerted effort to win back players, delivering a decent (if rather unspectacular) second DLC, a major reworking of Destiny 2‘s nuts and bolts and now Forsaken, a major expansion DLC that adds a ton of new stuff to do. We’ve spent a few weeks with Forsaken, and here’s how it’s faring.

Destiny’s storytelling often feels undercooked, and its lore opaque. While Bungie has created a rich, detailed and unique sci-fi setting for its series, it’s struggled to populate it with interesting characters and a clear sense of history and lore.

Destiny 2‘s plotline was a step up from anything in the first game merely by virtue of having a coherent, understandable story, but Forsaken takes things further with its Western-themed revenge plot, in which the player goes rogue to take out the murderers of their friend and mentor: Prince Uldren of the Awoken and eight twisted Fallen Barons that serve him.

We’re not talking The Last of Us levels of storytelling here, but there’s more emotional and moral weight in the story missions and associated cutscenes than anything previously seen in Destiny. We won’t spoil the plot, but it begins with a prison break of one sort and ends with another of an entirely spookier kind, and sees our Guardian wrestle with more sinister motives than previously seen.

While there’s nothing massively novel about the story missions’ gameplay – they fall into line with Destiny 2‘s missions, basically – the fights against the Barons are enjoyable, and we can see them being fun to replay in Heroic mode later. In total, we think the story missions should take most players around eight hours to complete. That might only sound like an average amount for a major DLC, but don’t worry, because there’s much more to Forsaken besides…

Gambit, bounties and the Dreaming City

There’s a vast amount of post-campaign stuff to get your teeth into here, with Bungie giving players the freedom to grind to the new maximum power level in a variety of ways: daily and weekly bounties available to pick up from almost every vendor (these will also be available to Destiny 2 players who don’t buy Forsaken), plus daily and weekly challenges within Vanguard strikes, the Crucible and all-new game mode Gambit.

Gambit is a joy to play. It mixes PVE with PVP, pitting four players against another group in a race to kill enemies, bank motes and beat a huge boss, with each team in its own separate arena. Occasionally, one member of your team will have the opportunity to invade the rivals’ arena, killing other players to stop them banking motes. With its own range of rewards and challenges, it’s the most innovative part of Forsaken, and should hopefully become a Destiny staple from now on.

Forsaken introduces two huge new playable areas to the game, each filled with patrols, region chests and secrets to find and Lost Sectors to explore: the Tangled Shore and the Dreaming City. While both are located on the Reef, a lashed-together collection of asteroids and derelict spacecraft floating somewhere between Mars and Jupiter, the two places couldn’t be more different.

The Tangled Shore is a rusty, ramshackle tech graveyard – a wild and lawless frontier that suits Forsaken’s Western theme perfectly. The Dreaming City, unlocked to players after the story missions are finished, is the Awoken’s sacred capital, now abandoned by its builders but packed with secrets and post-campaign mysteries. It’s like a vast sci-fi take on Tolkien’s Lothlorien, full of soaring, sweeping architecture and natural beauty – and it’s also the location for Forsaken‘s new raid, Last Wish.

We can’t say too much about the raid without spoiling Forsaken’s story, but it concerns the Awoken, the Taken and the last surviving example of a creature than avid students of Destiny’s lore will be very excited to meet. We also haven’t completed it personally (at the time of writing, only a handful of clans have), but the consensus seems to be that it’s very taxing and very involving.

One of the few criticisms of Forsaken is the new way in which lower power armour and weapons are brought up to full power. The cost of infusing gear has been increased a lot from vanilla Destiny 2, with Masterwork Cores now required. The problem for most players is that these are in short supply, and difficult to get without engaging the sort of grind that’d make family members concerned for your wellbeing. Bungie appears to be aware of the issue, so we’d expect some mitigation soon, but for now be aware that, should you want to use your old gear rather than concentrate on new Forsaken-era loot drops, you’re going to need a lot of those cores.

Destiny has always been a loot-driven game, and Forsaken adds dozens of new weapons and armour pieces to the mix, including an entirely new type (bows, which feel great to use) and several new (and old, but new to Destiny 2) exotic pieces – many tied to lengthy, multi-step quests.

It also gives the Hunter, Titan and Warlock classes three new subclasses and super powers each, while Destiny 2 as a whole has been given a number of sandbox changes that shorten PVP time-to-kill, increase weapon strength and generally help players enjoy the power fantasy that the game promised but never quite delivered.

So, even if you don’t buy Forsaken itself, the Destiny 2 it’s coming with should be a different (and better, we think) experience than it was before.

While Forsaken has brought with it a couple of contentious issues – mainly to do with the way the game’s economy has changed – for the most part it has vastly improved Destiny 2. Its quality-of-life upgrades are substantial, and its new subclasses superb. From the involving story campaign to the diverting Gambit mode, the excellent post-story content and fiendishly taxing Last Wish raid, it’s almost all positive.

Forsaken has revitalised vanilla Destiny 2 and brought the series to its healthiest place since The Taken King expansion came out back in 2015. If you own Destiny 2, you should probably own Forsaken.

Nothing to win over Destiny haters