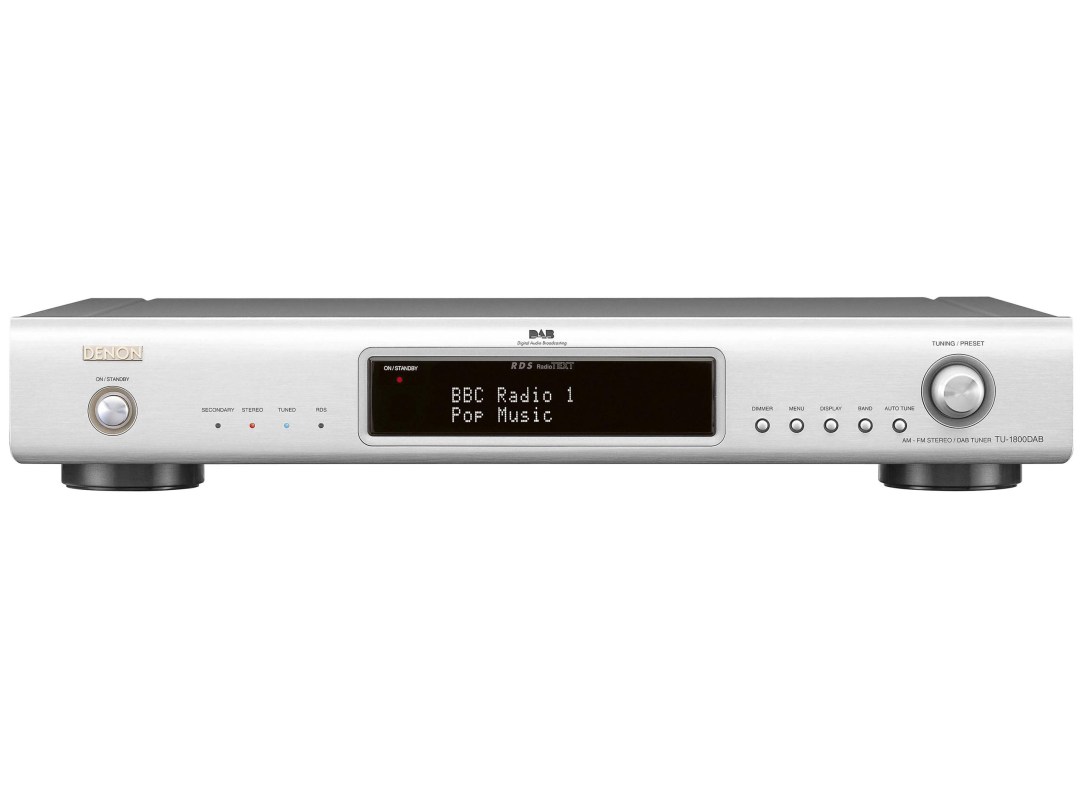 A long time ago, in a galaxy far, far away people listened to something called ‘analogue radio’. Apparently, it was plagued by fuzz and hiss, and it was difficult to find the station you wanted. Thank goodness that here on earth we have DAB.

They were the dark days before DAB. A time ruled by fear and confusion. But there was a shining light… a jedi, if you will. And that jedi’s name was Denon.

Denon led the field in the discipline of hi-fi tuners ever since the release of the timeless TU-260L. For over 15 years, their FM stalwart stole the show, leaving other tuners in its wake.

But the old boy has been retired, succeeded by the excellent but FM only TU-1500AE, and now the pricier DAB enabled TU-1800DAB. But can Denon’s new kid on the block live up to the reputation built up by its forefather?

The answer is, thankfully, a resounding yes. Not only does the TU-1800AE live up to its processor, we reckon it goes a step further.

As usual with DAB, setup and tuning are a simple one-click procedure. But whilst the ease of use is a major attraction, that’s not where the TU-1800DAB delivers a knock-out blow to its competition…

It simply sounds stunning. Vocals are full-bodied, vibrant and rich. Music is smooth, warm and yet refreshingly crisp. Whether you’re listening to Wogan on Radio 2 or Whiley on 1, Denon’s latest deck delivers harmonious, crystal-clear sound.

And we haven’t even touched on the design yet: the TU-1800DAB looks as good as it sounds, with a smart brushed-aluminium facia complemented by a decent two-line dot-matrix screen. It also has 200 presets, and offers optical and coaxial outputs from its neat rear.

Sure, you could save yourself some cash, and go for Pure’s marginally cheaper Digital DRX-702ES, but we reckon the Denon is far superior and easily worth the extra bucks, with its combination of slick looks with angelic sound quality, Denon has yet again set the bar extremely high for the competition to follow.