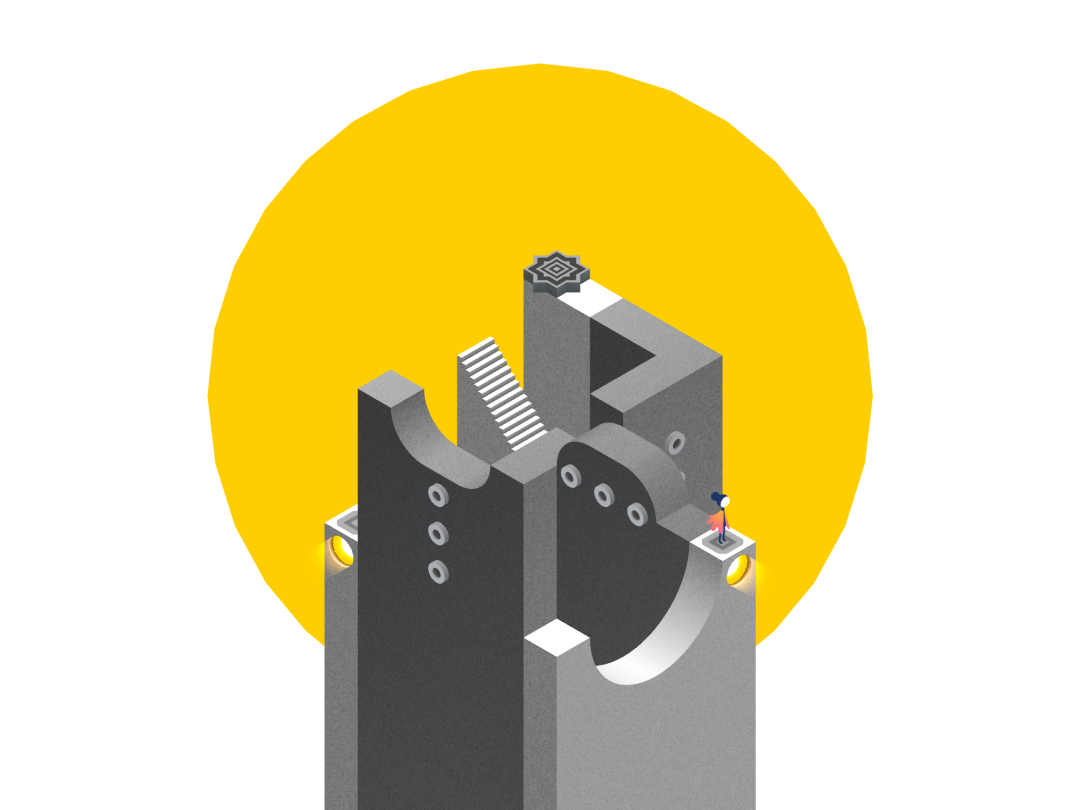 If you were entranced by the game’s charms, the opportunity to again delve into the ‘Sacred Geometry’ may prove impossible to resist. And for the most part, you won’t be disappointed.

UPDATE: Monument Valley 2 is currently (27 March 2020) available for free on Android here, and iOS here. There’s no word on how long it’ll be available for, so hop to it!

You might have thought Monument Valley dazzled the eyes, but the sequel is in a different league. Especially on the larger display of an iPad, it’s a stunning, sophisticated, mesmerising and varied production.

As before, levels mostly comprise isometric minimal art, peppered with optical illusions. You twist and turn the landscape to fashion pathways that simply shouldn’t exist, aiming to reach a distant goal.

But the palette is far more varied this time, building on the tasteful pastels of the original to also offer designs so vibrant you’d swear someone had snuck a small sun inside your device.

There’s a playfulness, too, within the form of the game itself, and also the structures you encounter. One level is flat-on, resulting in you exploring a morphing Mondrian painting. Elsewhere, blocky trees explode from pots when sunlight hits – a real ‘wow’ moment. And when you complete a level, you scribble a kaleidoscope, which becomes the protagonist’s reward, along with featuring on the level-select screen.

The visuals also frequently echo the emotionally charged narrative infused into the game, which follows Ro and her unnamed daughter. When at one point they’re separated, the subsequent level is a grey concrete gloom, like Monument Valley’s been infected by London’s South Bank architecture.

Given how aloof Monument Valley was, it’s surprising how many memorable moments within the sequel are reliant on its (admittedly economic) storyline. One heart-stopping entry occurs when a structure collapses – a surprise in a world of stiff, geometric puzzling – taking Ro with it.

But often the game’s soul is bared in subtler ways – a slight hesitation when Ro’s daughter enters a doorway to an unknown place; a warm embrace when the two are to be separated, before the daughter boards a vessel to begin the next stage of her own personal journey.

Fortunately, the narrative does not rob Monument Valley 2 of mystery. This remains a game still not keen to give up the secrets of its strange, impossible worlds. But its sense of soul and plentiful design smarts ensures the end result is compelling.

As such, it at times almost resembles an interactive movie. But it’s still a journey very much worth taking, and one to savour. So slow down, sit back, relax, and breathe it all in.

Monument Valley is available for iOS. An Android release is planned. (Update: it was released for Android in November 2017. The game is identical to the iOS version.)

The challenge is far from monumental, but this sequel’s otherwise a beguiling slice of videogame art