It’s fair to say that cats rule the internet. Any video or meme doing ridiculous numbers is almost certainly guaranteed to have their paws on it. Yet when it comes to video games, dogs appeared to have cornered the market share in affection, especially if you keep track of the @CanYouPetTheDog account on Twitter to see how much gamers can’t get enough of interacting with digital good boys. Well, felines would like to have a word.

But it’s not enough to just put a cat in a game. In the case of Stray, it’s about having perhaps the most realistic cat to ever grace a video game who you get to control and also completely experience the world from their agile yet diminutive perspective. Does that alone make this game the cat’s whiskers, or should you give it some paws for thought first? That said, if you’ve upgraded to the PlayStation Plus Extra tier or higher, then the good news is it’s included free with the subscription!

Set in a distant dystopian future, your ginger tabby cat doesn’t begin as a stray – in fact, it seems all humans have died off so it’s not like you have any owners to begin with. However, an accident sees you separated from your fellow feline group as you find yourself all lost and alone in what transpires to be the Walled City, an isolated placed with outside light permanently blocked out, its environments conjuring the perpetual night of Cyberpunk 2077 as well as Hong Kong’s infamous Kowloon Walled City.

Incidentally, it makes for a perfect place to explore as a cat, as you leap up to high ledges, scamper up neon-lit signs, or sneak through half-open windows and slip under ventilation gaps, the third-person camera’s perspective kept low so that it feels like you’re right on their level. As a cat simulator, Stray is a success owing to just how realistic its star’s animations feel along with a playful sense of mischief that puts it on par with the naughty goose of Untitled Goose Game.

Yet despite its knack for agility and landing on its feet, this also isn’t a free-form platformer, as your cat can only jump up or towards specific parts of the environment objects where contextual prompts are visible. That means there’s no actual platforming skill required, though it also means you can keep the button held to smoothly traverse across multiple platforms. We also imagine this removes frustrating falls as well as preventing a certain kind of player from sadistically throwing their kitty off to its doom for laughs.

Despite the gorgeous Unreal Engine visuals, this is still an indie game from a relatively small team so it makes sense for interactions to be more prescribed to reduce risk of bugs, though kudos to the developers for still including plenty of fun interactions unrelated to any core objectives, whether it’s finding a nice bit of carpet or door post to scratch, knocking over a pile of books by jumping on top of them first, or finding a quiet spot to take a cat nap.

But while the cat is undeniably the star of the show, Stray truly comes into its own once your tabby comes into contact with a drone called B-12. Think of it as your cat’s BB-8 who can also communicate with the robot denizens in the Walled City, each with their own distinct personalities displayed as emojis on their monitor heads, as well as the peculiar ramshackle outfits they wear.

Sure, it does seem like an awfully convenient device to have a floating companion around to spew lore whenever you discover something or to remind you what your current objective is, as is keeping its energy charged in a backpack worn by the cat. But besides being of functional use, B-12 also gives a liveliness and heart to the game that we’re not sure would’ve been possible had it just been purely a game where you play as a cat.

As you learn more about B-12’s memories of the Walled City and this drone’s own mysterious origins, it becomes an indispensable companion, while on the couple occasions it happens, its absence becomes very keenly felt.

A game of cat and zurk

Although a relatively short game that can be finished in a few hours, there is also variety in Stray’s activities and pacing. Certainly, it’s at its best when you have an exciting and fairly large area to explore with a range of objectives you can approach at your own pace, notably the slums earlier on and then the much more neon-lit midtown later.

But there are also more linear sections designed to push the narrative along and provide some tension, especially when you encounter zurks, resembling a distant cousin of Half-Life’s headcrabs who chase your furry friend down as its next meal. Fortunately, outrunning them isn’t too difficult and you can still attempt to shake them off even when a few have caught onto you and try to drain your life away.

There also comes a part in the story when another robot can equip B-12’s flashlight with a special ray capable of eviscerating these pests. Introducing combat in this fashion is bizarre enough to work, though perhaps wary that this isn’t the type of game players have signed up for, it’s also used sparingly before being practically discarded a chapter later.

Attempts to bring in stealth when having to deal with another threat later on are however less welcome, especially when it involves sneaking past basic sentry patrols programmed from a game from 20 years ago. We appreciate it’s an attempt to bring in some variety, though about the best thing we can say is that it’s fortunately not an immediate instant-fail if you do get caught – we’re pretty sure there’s been a conscious decision to avoid the player putting our feline friend into too much mortal peril.

Stray is a short but delightful adventure where the novelty of exploring a cybercity as a cat is made surprisingly even more memorable by the bond that grows between animal and machine, notably with equally adorable drone B-12 but also with the slum-dwelling robots trying to survive together.

While some attempts of gameplay variety aren’t as successful as moments when it just lets you be a cat – this being a game that will reward you with a trophy simply for catnapping for an hour, after all – it still makes for a refreshing escape from the usual guns and grit of a typical cyberpunk setting, and another fine addition to the growing list of must-play games for animal lovers. Cat will do nicely.

A cyberpunk game with heart with a new iconic gaming duo. Plus, how can you resist playing as a cat?

Playing as a cat is as delightful as it sounds

Drone companion B-12 is the real heart of the story

No balls of yarn to play with 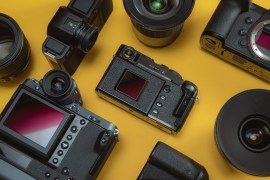