Whether you love it, hate it, or love to hate it, Saints Row is one of those series that leaves a lasting impression, be it good or bad. One of eleventy gazillion GTA clones that sprung up on the back of Rockstar’s obscenely successful open-world shooter, it found its footing thanks to its off-beat approach, larger-than-life characters, and outrageous storylines.

Was it enough? Apparently not, because after the fourth instalment back in 2013, the series went dormant (well, practically: we don’t count SR4’s expansion). It took almost a decade for developer Volition to bring it back to life, this time dressing it up as a “reboot” that boasted “a brand new setting, brand new characters and a brand new tone, all refreshed for today’s gamer”.

We don’t know what, exactly, they mean by “today’s gamer” but on paper, at least, that makes good sense. Saints Row IV was released the same year as GTA 5. It’s now 2022 and those with a penchant for open-world action shooters are no closer to GTA 6 today than they were then. GTA’s enduring success – and frankly astonishing sales; 160 million copies sold and counting – means the appetite for that kind of game is patently still there. The real question is, does a series like Saints Row hit the spot for “today’s gamer”? The answer, frustratingly, is: well, kinda.

Saints Row is unapologetically absurd and always has been, and nowhere is this more evident than in the game’s bold storyline. You are the leader – they call you The Boss – of a small-time criminal quartet looking to Make It Big in the underworld and become the city of Santo Ileso’s leading crime syndicate. Yes, that’s it. That’s the story. Cue bullets, blood, and a plethora of bad oneliners.

The cast is just as silly and two-dimensional as you probably expect them to be, but the script – though admittedly a tad cringy at times – can tease a giggle or two, and there’s real affection between you and your three besties. No, we don’t understand how a shirt-phobic man with a waffle tattoo got to be BFFs with a card-carrying nerd who lives to live-action-roleplay (LARP) either, but as long as you go in expecting a silly storyline, you won’t be disappointed when you get one.

And to Saint’s Row’s credit, it doesn’t half send you on some weird and wacky missions. None outstay their welcome, though, so even if you find yourself in a mission that feels a tad too caricature and one-note for you, they don’t last long. There’s a hot-pink-themed yacht party to crash and a train heist to pull off and prized artwork to steal and several curious LARP battles to win, all of which mean the mission pool is diverse and interesting, even if the people you encounter in them are not.

The combat, too, is surprisingly good. The weapon pool is narrow, sure, but experimenting with your new tools never feels old as you take on thousands of foes, and those fights can be spiced up with unlockable perks and skills that range from the realistic to the ridiculous, such as a fiery claw that can one-punch people in the face, or a localised cylone that throws your enemies into the air.

Ostensibly, the game wants you to think that the rival factions you fight against – Panteros, the Idols, and the Marshalls – all have different skills and strengths, but we found that a headshot is a headshot regardless of whether they’re dressed in fluorescent pink or a gang-tastic leather waistcoat. That’s not to say the combat isn’t enjoyable because it absolutely is, but it can feel a little repetitive if you’re playing a particularly long session and have found yourself defaulting to a particular weapon or two.

The only time the pace trickles to a stop is when you take on side missions like Criminal Ventures, quests that have you establishing all manner of legitimate businesses to front your dastardly criminal activities, such as a Dojo, a repo service, and yes, even a Gus Fring-esque laundry, too.

But though side missions, by their very nature, can usually be completed (or ignored) at your leisure, Saints Row made the maddening decision of making some of them mandatory, which means you’ll be forced to take out jaunty food trucks or toxic waste containers whether you want to or not, as main mission progress is gated until you’ve established a handful of criminal ventures. It wouldn’t be so bad if it didn’t take for-freaking-ever to trundle a truck of toxic waste from one end of the city to the other without exploding.

The trouble with Saints Row, though, is a palpable lack of polish. Though by no means unplayable, missions falter or don’t progress at all thanks to all kinds of bugs and glitches, and there’s a sense that the city you live in, Santo Ileso – loosely based on Vegas but nowhere near as exciting to explore, unfortunately – isn’t as densely populated as it wants you to believe. A generous checkpoint system helps ameliorate the frustration of frequent crashing, sure, but squishing the bugs entirely would be better.

And whilst the marketing materials really want us to believe that, like most of us, Saints Row has grown up over the last decade, we’re not entirely sure it has – at least, maybe not enough.

The numerous bugs and issues aside, we can’t deny it: Saints Row boasts meaty gunplay and excellent vehicular combat. The off-beat humour, plentiful four-letter words, and shallow premise won’t appeal to everyone, no (it often feels as though the dialogue has been written by Gen Xers cosplaying as millennial anarchists), but if you’re okay with that and go in with your eyes well and truly open and are happy to prioritise gameplay over story, you may surprise yourself and find you’re having a good time.

If you love swerving cars, sweary words, and shooting stuff until its deader than dead, you could do worse than spend a few days in Santo Ileso with your criminal buddies, sainting the town red.

Driving and shooting mechanics are solid

One too many bugs and crashes

The story and cast are a touch cringy 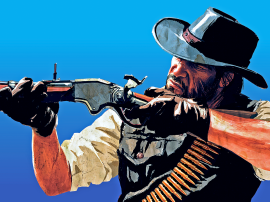 UPDATED 04/08/16: The Totally Digital sale gets a refresh, with dozens of new additions 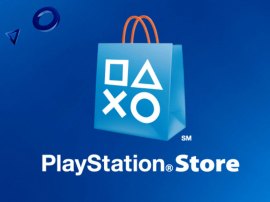