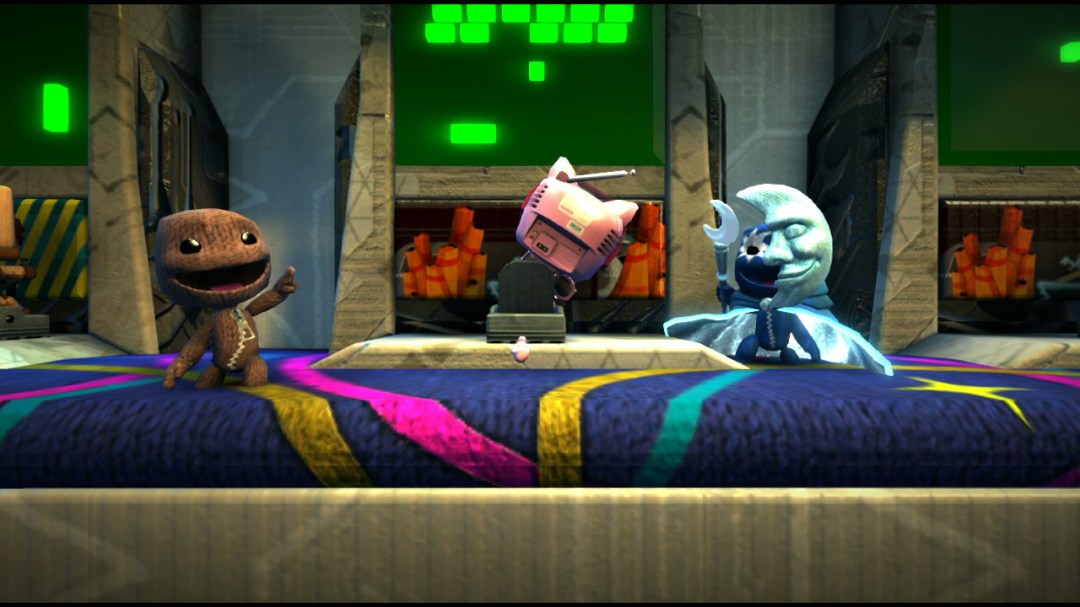 We could list the additions and improvements LittleBigPlanet 2 offers over the original. We could. But to reduce a game this broad, this inventive and this open-ended to a mere tick list would be to do it a disservice.

While much remains the same – from the arts-and-crafts aesthetics to the concept of creating and sharing games – the sequel’s refinements add up to more than the sum of their parts.

The opening levels built by the game’s designers provide the first glimpse of how.

First time around these levels felt functional rather than magical, hampered by their multi-purpose role as a tutorial, a treasure hunt for items to use when creating and a showcase for the potential of its game making abilities.

This time, however, they stand as a great game in their own right, demonstrating the concepts old and new, such as the storytelling cinematics, while taking players on a journey that is often just as imaginative as that of Super Mario Galaxy 2.

But these levels are merely the warm-up.

The game-making system is now easier to use and more flexible, opening up vast new creative possibilities while streamlining the complexity. Where before you were restricted to making single levels, now you can link together your work to form larger games. Where once you had to construct complex contraptions to control the behaviour of objects in your games, there are now circuit boards to plug in that eliminate the hassle.

But LittleBigPlanet 2 is as much about sharing as creating. There are already 3.5 million player-made levels from the first game to try and hundreds, maybe thousands, more being added every day. Quality may vary enormously, but trawling this global Aladdin’s Cave of imagination rarely disappoints.

Nor must you explore alone because the game’s seamless multiplayer gives you the option to play with passing strangers without jumping through the usual hoops of online match making.

Whether a player or a creator, LittleBigPlanet 2 dishes out a near limitless supply of wonder, discovery and joy. If you only buy one game for your PlayStation 3, this should be it.