One of the keys to a killer action cam is portability: if we’re barrelling down the side of a mountain faster than we can think, we don’t want the camera that’s recording our extreme sporting exploits to be a distraction. Ideally, we don’t want to feel like I’m carrying one at all.

Of course, I also want it to record sharp, detailed footage that’s stable enough that I can watch it back later without feeling like I’m going to lose my lunch, and Insta360’s second iteration of its ultra-portable Go cam makes big claims on that front too: 50fps 1440p footage, levelled out courtesy of the company’s satin-smooth FlowState stabilisation. And all this in a device so tiny I could probably swallow were I so inclined.*

So is this tiny action cam up to the job of capturing a middle-aged tech journalist’s moderately exerting outdoor activities in style? Let’s find out.

*Editor’s note: Please do not attempt to eat this camera

The Go 2 is ingeniously packaged. Lifting the box’s lid, I’m confronted solely with the sight of the camera – a tiny white ovoid pod vaguely reminiscent of Wall-E – apparently fixed to some card backing. It’s impressive, and more so when I give the pod a tug and discover it’s fixed to said backing by magnetism alone.

On the other side of the card, you see, sits one of the accessories that turns this action cam into a wearable. A plastic disc on an adjustable length of cord, it’s designed to be worn like a pendant, then placed under your shirt. The Go 2’s magnet then fixes it securely to your chest, allowing you to walk, run, ride, surf or whatever and have it all captured. It’s a clever feature that means you don’t need to fuss around with a harness or other awkward body mount, and can simply pluck the camera off and put it back in its case when you’ve finished filming.

One thing to watch out for is that you don’t have too thick a sweatshirt on before using this: while it’s secure enough for walking around, the magnet didn’t feel quite as grippy as I’d like if I were running or cycling. Through a thin t-shirt it’s fine; if you’re layering up, do beware. The charging case is similarly clever. Not only does it protect the tiny Go 2, top up its battery and allow you to change settings, it also works as miniature tripod: open it up, pry out the two legs and you can set it up on any flat surface (it also has a standard screw mount on the bottom, should you want to fix it to a tripod, selfie stick or similar). Like the pendant, it uses a magnet to keep the camera securely nestled inside. There’s a USB-C connector on the base for charging.

You’ll find two more mount accessories included in the standard Go 2 box. The first is a clip mount with a rotating magnetic holder, designed to be clamped onto the bill of a cap or something similar. I used this to make a first-person video of a bike ride, barely noticed I was wearing it, and found it much more secure (if slightly more conspicuous) than the pendant mount. The other is called the pivot stand, combining a tilt-adjustable magnetic mount with a base that serves both as a handle and a sticky stand; it’ll fix itself to a smooth flat surface like a window, kitchen shelf or door frame. Insta360 suggests you use this in handle mode if you’re filming underwater (did I mention the Go 2 is fully waterproof to 4m?).

The camera itself comes with no visible connectors (unless you count a wireless charging contact plate) and features just one physical control: the entire front face is basically a clickable button. While I appreciate the simplicity, it’s far too easy to press this by mistake and start or stop video capture when you don’t want to. Imagine the annoyance if you’d just nailed a big ski jump, only to discover that you’d missed it all because a stray finger had prematurely banjaxed your recording.

The Go 2 records in up to 1440p (aka 2K) resolution at up to 50fps, and can manage 120fps for smooth slo-mo playback if you drop the resolution down to 1080p. You can also record videos in HDR (without the option for FlowState, and limited to 24/25fps), time lapse and time shift (aka hyperlapse, a smoothed-out version of time lapse), and adjust the field of view.

You can also tweak white balance, colour profiles and other picture settings, and shoot still images (albeit limited to an extremely low 2560 x 1400 resolution). These options are accessible via the charging case, although its two-button controls make changing them something of a slow process. We found it much easier to fire up the Insta360 app, link our phone to the camera and adjust everything that way – although you’ll require a fairly recent handset (A11 chip or above for iOS; Kirin 980, Snapdragon 845 or Exynos 9810 or later for Android) if you don’t want to risk dodgy performance.

While some might feel disappointed at the lack of 4K video recording, the Go 2’s tiny sensor would doubtless struggle to produce truly detailed clips at this resolution. 1440p is plenty, especially given the superb FlowState stabilisation – and while the footage isn’t class-leading (you’ll spot some shimmering evident in the skies in my test clips), it’s very impressive for the camera’s size.

The wide-angle lens captures a huge arc in front of the Go 2, making it less likely to miss something important, while the general exposure metering seems to fare quite well even in tricky conditions. The stabilisation really is wonderful; you can see what a massive difference it makes in this embedded comparison video.

At a shade under £300 for the standard package, the Go 2 is a good deal. You get an absolutely tiny (some might say edible… not me though) and waterproof action camera with some of the slinkiest image stabilisation around, a pocket-sized charging case and all the mounts you could shake a selfie stick at, all in one box.

That’s not to say there isn’t room for improvement, and the low stills resolution and too-sensitive clickable button mean some might still find a GoPro a better bet. But the Go 2 gives the bigger brand a heck of a run for its money, while improving on the first Go in almost every respect.

The Go 2 is now the go-to micro action cam 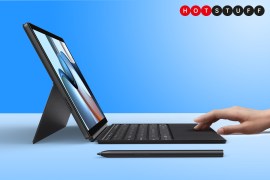 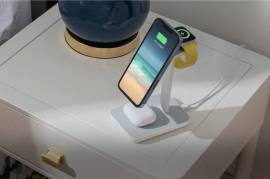