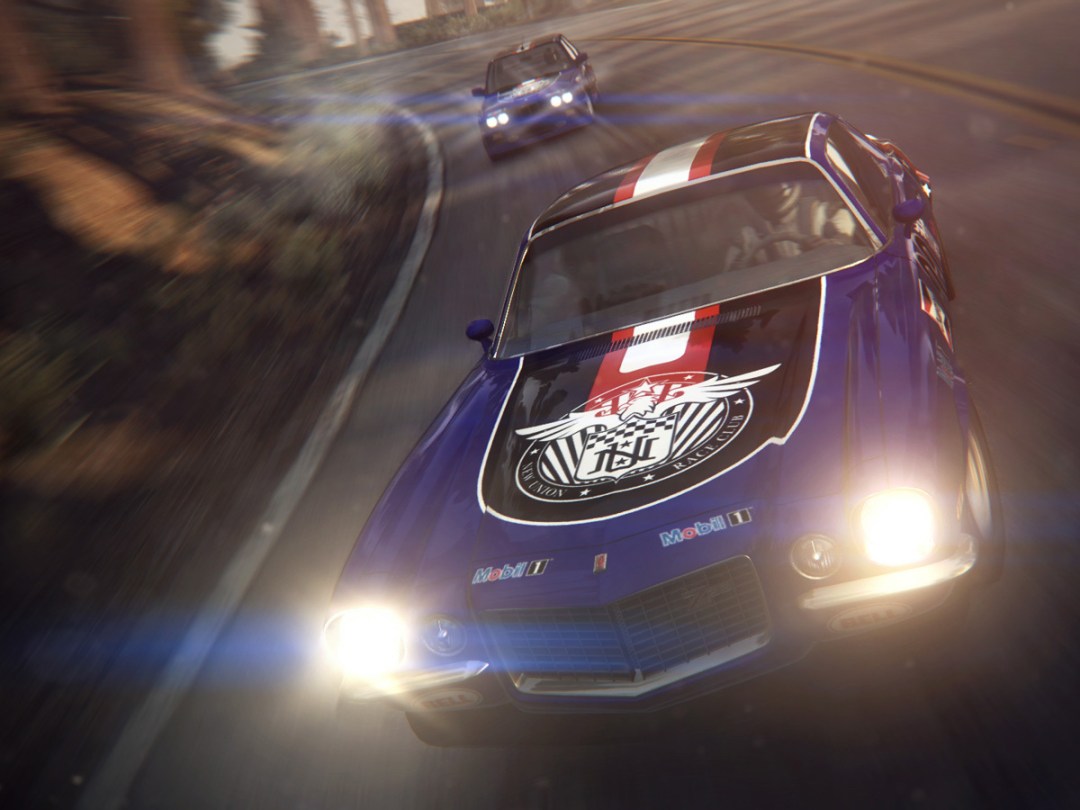 Racing game specialists Codemasters take a break from its fine-tuned Formula 1 games and the muddy rallies of the DiRT series to bring us the long-overdue sequel to 2008’s Race Driver: GRID. Like its predecessor GRID 2 is a ‘best of’ motorsport that mixes up famous tracks, pin-up cars and blistering street races in one handy package. It doesn’t expect players to know their cam belt from their carburettor, but can this no-nonsense approach truly satisfy?

To justify its everything-and-the-kitchen-sink vision, GRID 2 casts the player as a racing hotshot picked to become the superstar of a new motorsport called World Series Racing (WSR) that some multi-millionaire egomaniac wants to turn into the biggest thing since sliced bread. It’s a Bassett’s Allsorts type of sport that jumbles together lap time tests, straightforward races, one-on-one challenges and more – but it ensures plenty of variety and brings a sense of purpose into the usual do-this-race-and-then-something-different formula.

GRID 2’s motorsport fantasy is backed up by some meaty petrolhead thrills. It’s no simulation, but it’s not a game on cruise control either. Even on ‘very easy’ mode, players will need to pay attention to their braking and drifting, and on tougher difficulty levels tight turns are sweaty palm-inducing struggles to wrestle your motor against the forces of nature – complete with screeching brakes and clouds of white smoke. This makes GRID 2 less of a pushover than its arcade approach suggests and that’s for the better, ensuring every victory feels hard won.

The core racing also comes with a few bells and whistles, not least the Flashback feature that lets players rewind the action – very handy when your Mustang flies off the edge of a cliff mid-race. It would also be amiss not to mention how great GRID 2 looks and sounds. The tracks are lovely and packed with details – including crowds doing Mexican waves. The audio is equally good, from the throaty engine noises to the bursts of ‘you win’ music that make you want to do a victory jig.

In the single-player career mode GRID 2 tries hard to inject some brains into the computer-controlled rivals. The result is a racing game free of the curse of AI rivals who follow routes like trains on invisible rails. Some will drive you towards the edge of road rage by spending their time trying to block your attempts to overtake, but it can also work to your advantage, not least when they misjudge a turn and spin out of control.

On the multiplayer side GRID 2 delivers everything it could be expected to, with races for up to 12 players at a time, plenty of customisation options to make your wheels stand out, custom races, and the asynchronous Global Challenge mode where players battle for in-game goodies in weekly competitions. There’s also a split-screen mode and the option to upload your finest motoring moments to YouTube or, for the Google-phobic, Codemasters’ RaceNet site.

Slick and exciting, GRID 2 has enough power under the hood and variety in its mix to make GRID 2’s arcade racing a thrilling ride. We would have liked more celebratory bang to mark the end of each WSR season in career mode, but when another dose of fierce smoky drifting action is just moments away that disappointment is short lived.