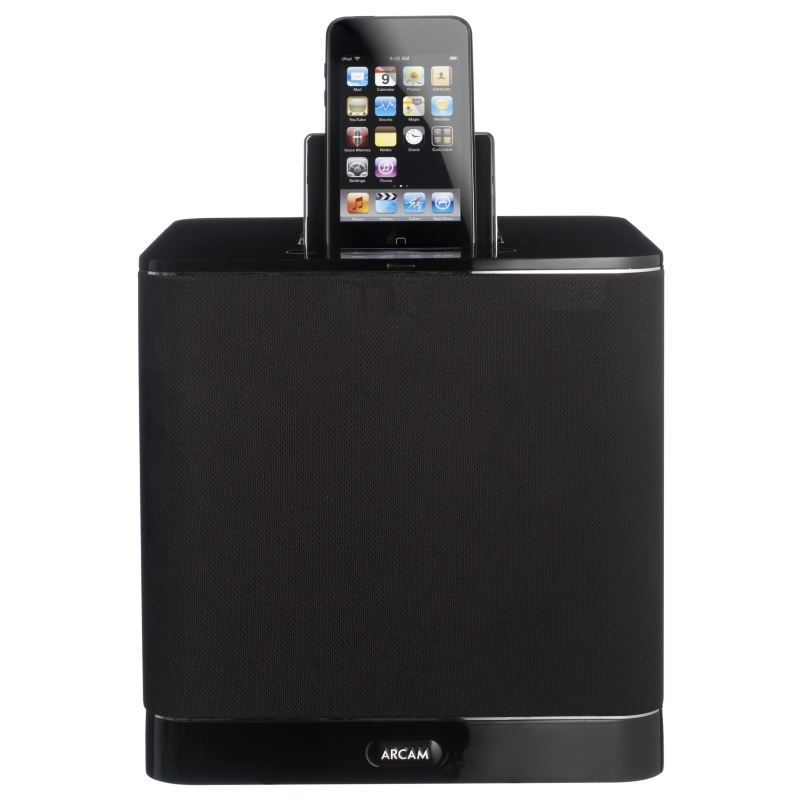 Given that it’s gunning for B&W’s mighty Zeppelin iPod dock, the rCube doesn’t look like much of a challenger. At 20cm cubed, it looks almost comically small in this assembled company – but, as every sensible person knows, size isn’t everything.

Besides, take a look at the price – if that doesn’t put it straight into the Zeppelin’s airspace, we don’t know what does.

It might have taken Arcam a little while to clamber aboard the speaker/dock bandwagon, but the company has clearly put that time to good use – the rCube is a thoroughly thought-out device.

On the top, beneath a flush-fitting flap, is the dock (when it’s unoccupied the flap reveals a carry-handle – this is a portable device), and some touch-sensitive controls.

At the bottom are four concealed screws – unscrew these to remove the baseplate and access the pre-installed Lithium-Ion rechargeable battery.

Round the back are a 3.5mm input, composite video output, component video output (which rather meanly requires an extra-cost adaptor), a USB input (for firmware upgrades only) and a power switch.

Oh, and there’s an innocuous-looking button marked ‘bass’. Arcam believes the rCube sounds best placed in the corner of a room, angled at 45 degrees.

Follow this advice and you’ll ensure that the opposed, side-mounted mid/bass drivers reflect off the walls – but if the rCube is sat in open space, give the bass button a push to reinforce those low frequencies. In any event, don’t obstruct the rCube on either side or you’ll mess up the sound.

As well as dealing with docked Apples, the Arcam can stream PC-borne music wirelessly using an optional USB transmitter, or directly from an iPod or iPhone using a Kleer dongle.

And one rCube can both send and receive to/from a second rCube, so you can establish a multi-zone network pretty easily. It’s just as well, then, that the rCube sounds great. The driver setup means it doesn’t deliver a stadium-sized stereo field, but that aside it’s mightily impressive, punching out a clean, balanced sound whether you’re piping it a 256kbps MP3 or a full-fat WAV file.

Low frequencies don’t flap your trouser legs, but the bass is still taut, controlled and nuanced, while the midrange is full of detail. Integration with the open, crisp high frequencies is flawless.

Timing’s natural and unforced, too, so there’s a rare unity to the rCube’s sound. It snaps through dynamic peaks and deals with the toughest tempos dismissively.

It handles complex or muddy mixes without breaking a sweat, and can turn its hand from a massed orchestral assault to a single-voice-with-guitar with ease.

In short, the rCube is everything you could want from an iPod speaker dock.

IFA 2019 highlights: everything you need to know

IFA 2019 Day 2: All the must-know news from Europe’s biggest techstravaganza 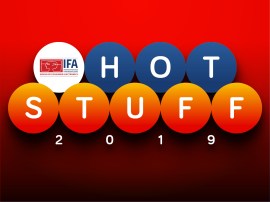