After some seriously heated debate involving raised voices, hollow threats, and the odd potato-based projectile, Red Dead Redemption 2 takes the game of the year title and to be frank, it’s one of the best games we’ve played this console generation. Rockstar’s sprawling Western captivated us from start-to-finish, with its sweeping scale, preposterous attention to detail, and gripping narrative raising the bar for open-world gaming at every available opportunity. Striking realism, combined with meaningful side quests and countless random encounters, makes it impossible to spend even a minute in the wicky wild wild west without witnessing a real spectacle. And that’s RDR2 all over; it makes the mundane marvellous and elevates everything we loved about the original to even greater heights, partner.

Kratos returned in 2018 with a big beard and a sprog in tow. That turns God of War’s standard monster-mashing combat into something much more involving, with one of the best stories of any game released this year.

Games based on superheroes are curiously difficult to get right, but by giving you an open world to swing around and plenty to do, Marvel’s Spider-Man succeeds where others have failed

Things had stagnated slightly with the AC franchise but Odyssey’s highly rewarding progression system, immensely satisfying combat and stunning world bring it back to somewhere close to its best.

Microsoft’s free-roaming racer left tyre marks all over Britain’s green and pleasant land this year, proving once again that it’s not so much about crossing the line, it’s the fun you have on the journey.

Atari at 50: 5 hardware landmarks from the seminal gaming company’s history 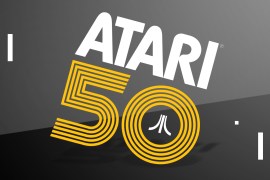