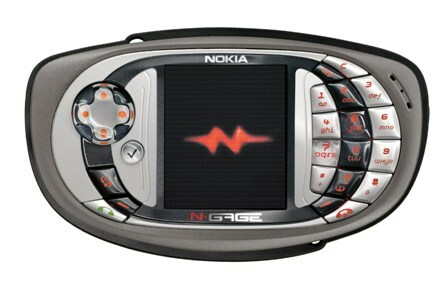 Nokia’s N-Gage take two has thankfully ditched the silly sideways-talking action in favour of a more conventional approach, but can it challenge the mighty Sony PSP and Nintendo DS Lite in games terms?

Nokia has all but given up on its ill-fated gaming phone, but you can still buy the – vastly improved – N-Gage QD. However, it’s no PSP or DS Lite crusher, no matter what the press releases say.

The design is too dated, the screen is comparatively rubbish, and the number of blockbusting games is pathetic. But, that said, there are some games worth playing.

The QD’s biggest problem, as far as gaming goes, is the fact that its games are spectacularly unoriginal and old. Although the addition of Sid Meier’s empire-building epic, Civilisation, to the N-Gage platform will keep strategists entertained.

While the N-Gage isn’t completely pointless as a pocket gamer, it’s poor to use as a phone day-to-day. The call quality is OK – as you’d rightly expect from the giant that is Nokia – but holding that mighty thing to your head while walking down the street is bound to bring sideways glances from passers-by.

Another sub-standard performance is from the screen – it’s pitifully low-res, especially when compared to modern Nokias, which makes gaming, texting and web-browsing irritating.

There is something up the QD’s sleeve, though: it runs Series 60 software. This means you can bag yourself a fully-fledged smartphone compatible with the wonderful galaxy of Series 60 software, which ranges from office tools to A-Z maps and beyond.

Ready for Nokia’s notched take on the iPhone X? 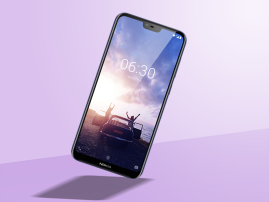 From controller clips to neon headphones, these are the smartphone gaming peripherals you need 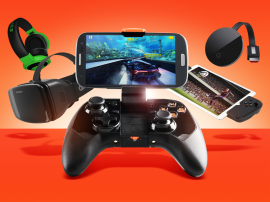