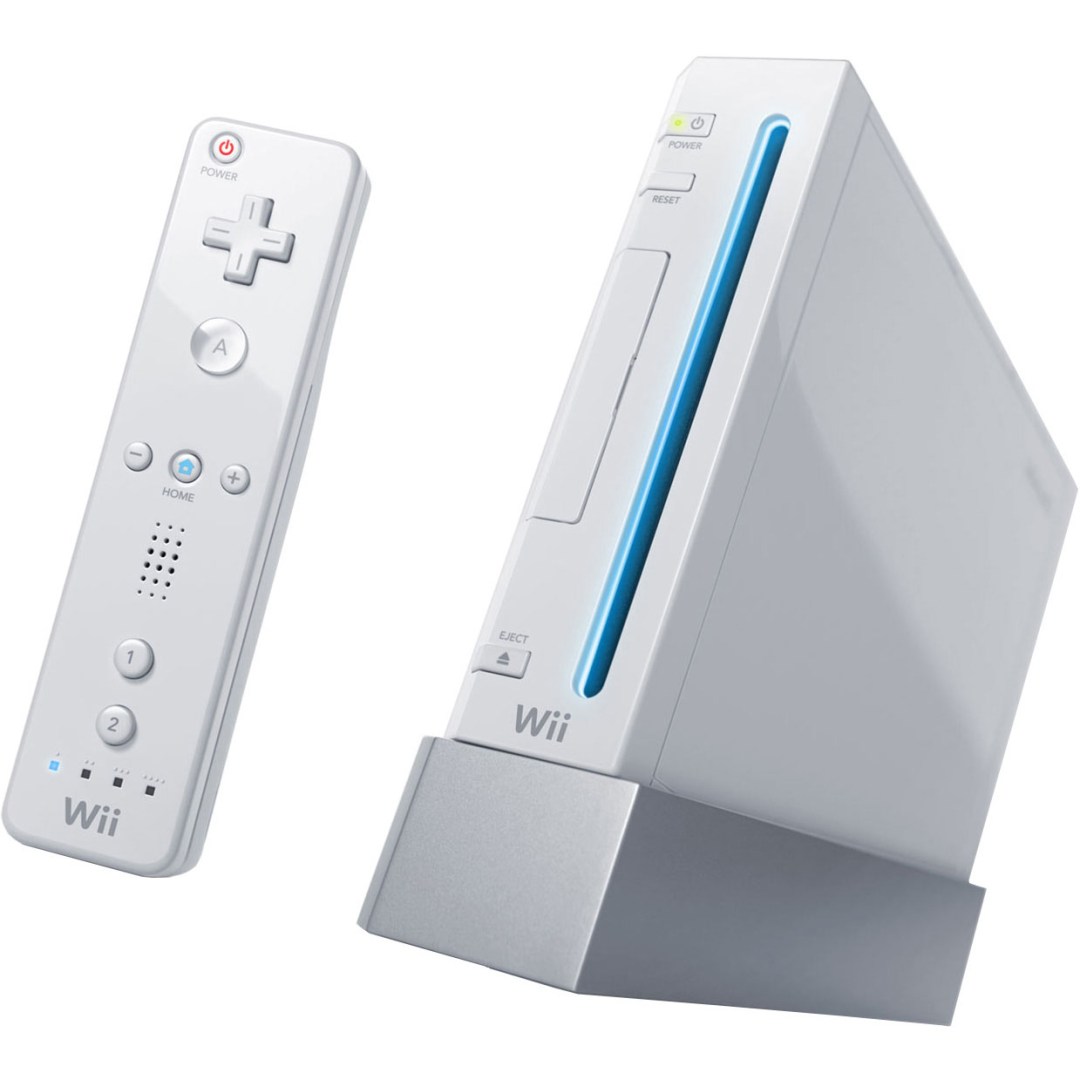 When Microsoft and Sony were looking into the future, they saw faster, slicker, bigger. When Nintendo peered in, they were giggling uncontrollably and fighting over who was up next. No hi-def graphics, no next-gen video formats and not really any sign of upping the performance of the console – the Wii is all about upping the workrate of us, the gamers. And to that end, crazy motion-sensitive controllers and Nintendo’s staple of quirky, innovative games are fizzing into the arena.

The most unusual thing about the Wii is its wireless controls. The Wiimote is the one you’ll use at all times – a sensor bar is placed under your telly and wired up to the Wii, giving the Wiimote the ability to aim at points on the screen. It also has gyros to sense how it’s being tilted or swung.

For some games, such as the Wii Sports boxing, you’ll need to attach the Nunchuk to the Wiimote and punch with one in each hand. For Zelda, you’ll use the joystick on the Nunchuk for moving around, and the Wiimote for swinging your sword and aiming weapons. A steering wheel is on the way.

In most of the launch titles, the controller is a raving success. In Zelda, firing bows and slingshots is immensely satisfying, while Super Monkey Ball: Banana Blitz throws up more creative uses such as guiding a monkey-in-a-ball round corners using tilting. Less impressive conversions like Need for Speed Carbon, though, serve as a warning that not all games are suitable for a Wii makeover.

Eye of the beholder

If you’re looking at the graphics and thinking they’re little better than the GameCube’s, you’re right – they’re still standard def and the processing just hasn’t leapt up much. Buy the optional component cable rather than using the bundled composite/Scart connector and you see some improvement, but if you’re after super-sharp images and no slow-down, get an Xbox 360 or PS3.

Caught in the web

Wii can access the internet over Wi-Fi or Ethernet, and has a constant connection so you’ll occasionally find a surprise game downloaded. Talking of which, the finest part of the online experience is the ability to download old Sega classics, such as Ecco the Dolphin, Altered Beast and Sonic the Hedgehog. There’s access to the web through an Opera browser, but sadly no games currently do multiplayer online yet – only Japan has that privilege for now.

Still, playing with your mates is more than enough fun for now, and they’ll all be besotted with Nintendo’s slab of lateral thinking after a few games. We never thought it would happen, but a layer of dust has accumulated on our PS3. Now it’s up to Sony and Microsoft to prove that hyper-realistic gaming hasn’t lost its sense of fun.