Hi-def camcorders are, as one look at Sanyo’s HD2 will tell you, getting incredibly small. But sometimes you want people to know you’re using an expensive, cutting edge piece of recording equipment. Yes, you may be filming a puke-covered nephew, but JVC’s black-bodied HD7 and its oversize lens hood says, ‘I’m a pro – now step aside’.

Like all good Everios, the HD7 saves you from ceaseless amateur tape-swapping with an 60GB hard-drive. But the really killer feature is underneath that massive lens hood – its 10x zoom lens is a proper Fujinon aspherical beast handed down from professional cameras. It’s the first time such a lens has been used on a consumer cam. Bravo.

Thanks to this pro touch, the full HD footage is gloriously soft and filmic, and the hard-drive can store about five hours of it. Aspiring Kubricks will also flip their lids for the smooth manual focus ring, ably aided by a very clever ‘focus assist’. Or, you can just shove it in autofocus and go point and shoot.

Its other controls are also well laid out, with dedicated buttons for Aperture priority, Shutter priority and brightness control – options usually buried deep in the menus, if at all. And while autofocus will keep you locked onto your target most of the time, it’s great to have a quick and fast manual ring for those rare occasions when it doesn’t.

But what if you want to archive or burn your footage to DVD? Well, the HD7 has a handy optional extra called the CU-VD40 Share Station, which will burn the results directly onto DVD sans PC. Letsgodigital.co.uk, who supplied ours, has it at half price with the cam.

Considering its optical perfection, it’s a real shame that JVC’s saddled the poor HD7 with ropey OIS. Camera wobble reaches Blair Witch levels at full zoom. And there are a couple of other shockers, such as no direct headphone socket and a ‘cold’ accessory shoe, which is a bit of smack round the chops at this price. Fix those small problems, though, and the JVC would be close to perfection.

Is bigger always better? When it comes to the HD7, that’s a big fat yes

Hands-on with the HTC HD7

We’ve had a chance to have a play with some of the new crop of Windows Phone 7 handsets, including this, the big-screened HTC HD7. Its 4.3in screen ma 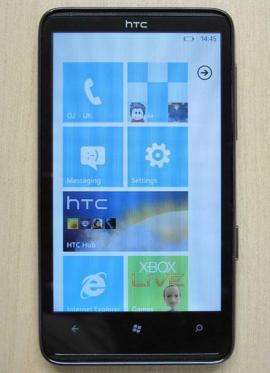 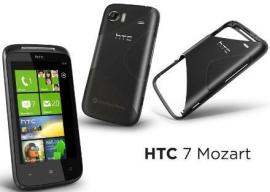