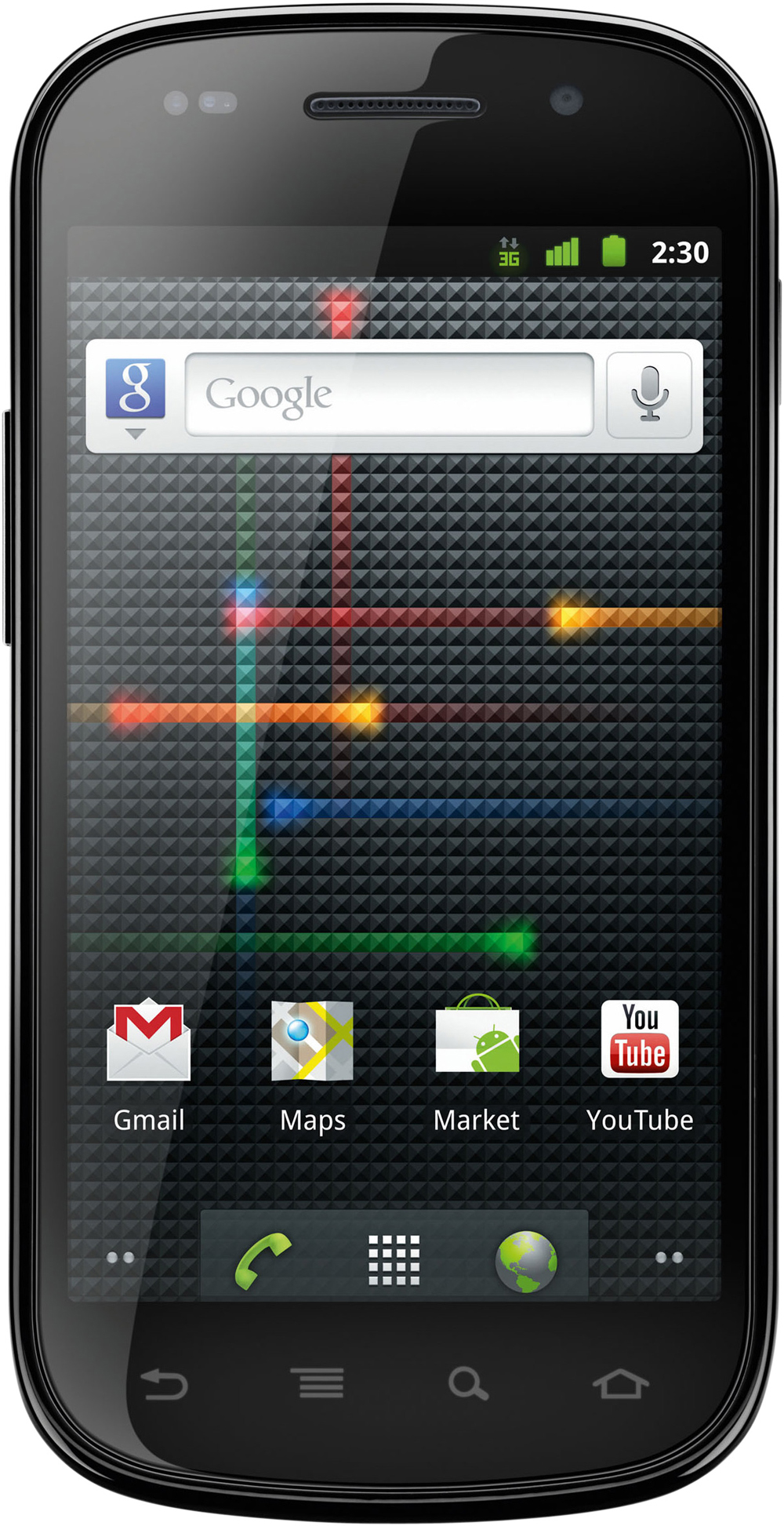 Last year, Google produced its own Android phone, the Nexus One. It was a neat handset, made for the search giant by HTC, but because it was mostly sold direct by Google it never became mass-market (HTC’s Desire stole its thunder). This year Google has come up with another own-brander, made by Samsung, the Google Nexus S.

Like Samsung’s Galaxy S, this phone has a gloss-black plastic casing, which makes it light and pleasant to the touch. Its undulating shape means it’s catwalk-thin in places, though bumpy in others.

Switch it on and the 4in screen shines. Although this is bigger than the iPhone‘s display, the phone doesn’t feel significantly larger. The screen is not as high-resolution as Apple’s but it still catches the eye – it’s AMOLED, a super-vivid technology at which Samsung particularly excels.

The display is impressively high-contrast: put it beside the Nexus One and you can really see the difference. The touch-sensitive lights beneath the screen (Back, Menu, Search and Home buttons) are perfectly placed and responsive – on the earlier Google phone you had to press just above the icon to activate them.

You might not notice it when you look at the screen but it’s concave, gently curved to hug your face more closely when you’re making calls. A gimmick, perhaps, but it does help to prevent scratches if you put it face-down on a flat surface.

The 5MP camera has a flash, unlike the earlier Nexus One, so suddenly lower light situations aren’t out of bounds, and it can even pull a surprising amount of detail out of dark scenes without the flash. However, the shutter lag means you’ll miss more magic moments than you capture. The front-facing camera can’t stretch to hi-def but captures useable, colourful footage if the conditions aren’t too challenging.

It’s reassuring to know the Nexus S is running the latest version of Android (‘Gingerbread’ 2.3), especially as you’re at the mercy of your handset manufacturer when it comes to OS upgrades. New to Android 2.3 is a ‘Manage apps’ option that pretty much replaces the Task Killer app, letting you quit any programs that are running in the background and leeching your battery power and bandwidth.

The virtual keyboard has been improved, too, so now there’s less chance of typos, aided by a more user-friendly auto-complete feature.

One unusual feature is NFC – Near Field Communication. This is the same technology used by Oyster cards and may offer extra functionality in the future, but right now there’s no way to exploit it.

There’s enough power in the 1GHz processor to drive everything along at speed. Menus and homescreens slide around responsively and multitasking is no problem. However, the Nexus S doesn’t have a slot for a memory card, so you’re limited to the 16GB of built-in storage. That’s fine for most uses, but does mean you won’t be able to store a whole lot of audio and video at any one time.

The absence of removable storage, it turns out, is the phone’s major fault – one among a huge range of successes on a decidedly attractive handset.