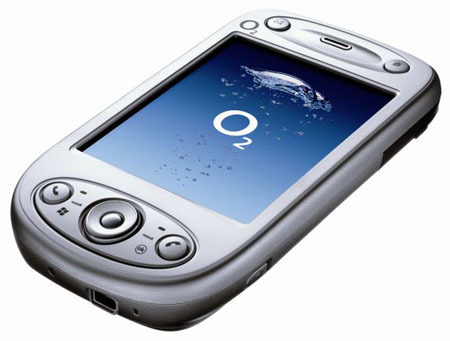 Let’s not beat around the bush with this: the XDA Argon is simply massive – much bigger than the average pocket and very heavy as well. It’s a specialised device, then, aimed at people who want their e-mail pushed to a big screen or anybody who is determined to replace their knackered XDA IIi with something similar.

Even though the XDA IIi is over two years old, the Argon has exactly the same dimensions and is wrist-achingly heavy. Side by side the only obvious changes are the newly rounded buttons and mini-USB data port, which scuppers any hope of keeping an original car kit.

Under the skin upgrades are just as thin on the ground; a zippier new Samsung processor improves application loading time and there’s a little extra memory to play with. Disappointingly, the screen is the same washed out, low resolution (240×320) offering and looks well below par when compared with the current crop of modern PDAs.

Even the operating system is lost in the dark ages – Windows Mobile 6.0 is now in full effect so it’s hard to understand why O2 have snubbed it for version 5.0.  Text can only be entered using the awkward on-screen keyboard or the tricky handwriting recognition which, in a supposedly e-mail friendly device, is a serious stumbling block.

At least Internet Explorer provides a solid browsing experience; full web pages render well on the big screen, although you’re best off using Wi-Fi where possible – the lack of 3G restricts you to sluggish GPRS surfing when you’re out and about.  The Argon will happily chug along running satellite navigation software, but the absence of built-in GPS means you’ll have to invest in a separate receiver for this to work.

The built-in camera has been upgraded to a 2MP jobby and benefits from a huge viewfinder and macro function; images come out looking passable but are crippled by poor lighting conditions.  Windows Media Player 10 makes a good job of handling music and videos, although the typically tinny speaker fails to impress.

It’s hard to know exactly where this device is aimed – if you’re a corporate user who loved their early XDA then this is probably worth checking out, providing you’re not expecting any new toys.  Everyone else should look to other members of the XDA family for sat-nav and pocketability, or to the current Blackberry line-up for portable e-mail.