Panasonic’s home phones are renowned for being like Ford Escorts – simple and reliable, if a bit dull. The wonderfully-named BB-GT1540E, though, brings something different – support for VoIP calls.

Before you get too excited, Skypers, we should underline that it actually comes with Joip, a different internet calls application. Still, every Panasonic phone in the Globarange series will support it, so if you have any friends will a similar handset, you’ll be on the road to free calls anywhere in the world. A word of warning though: Panasonic has only guaranteed that calls will be free for the next three years.

Connection is simple, one cable goes to your broadband router and the other to the phone socket as usual. You don’t need to have your PC or Mac switched on to make or receive VoIP calls. Once you’ve charged the handset (seven hours initially) you’re ready to go.

Joip – the chosen VoIP system – is simple too, ready as soon as two text messages are received by the phone to reveal your Joip number and password. Then, when you come to dial, you just press the IP or TEL button depending on how you want the call routed.

There are similar buttons, along with a full number keypad, on the base station as well, so you can dial using either. And if you’re on a Joip call using the handset, a landline call can be received simultaneously on the base station’s speakerphone, or on an extra handset if you splash out on one.

The screen is monochrome but what it lacks in colour it makes up for in clarity. This is always a big thing for Panasonic, which has previously delivered oversized keys and super-bright screens – you can adjust the screen contrast here, too.

Overall, its greatest operating plus is its simplicity – push the joystick up or down to increase or decrease volume and so on. The answering machine has an exceptionally big message capacity – it’ll run for up to 45 minutes or 99 calls (if you reach this number you may want to consider coming home once in a while).

It loses marks for its plain styling and the lack of a more popular VoIP system, but this Globarange is efficient and a cinch to set up. Panasonic’s reputation for no-nonsense reliability is safe once more. 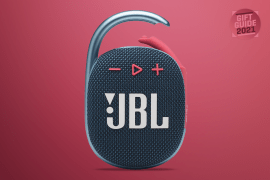