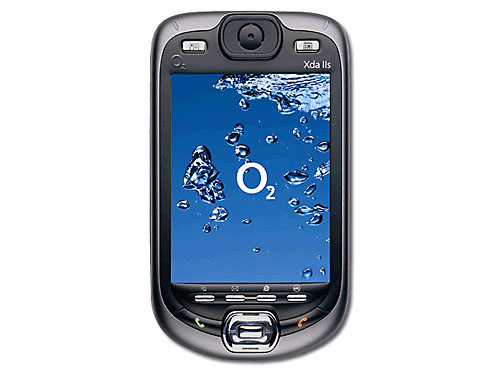 Sometimes, it’s good to go for the nuclear option. In the world of smartphones, that’s the XDA IIs – in addition to unrivalled power, the device is so wide you’ll need a friend to hold the second pair of keys required to activate it.

Despite its chunky size, the features packed inside the new XDA offer plenty of compensation. It’s one of few phones with Bluetooth and Wi-Fi as standard, leaving its SD slot free for mega cheap SD storage. It’s also in the minority of phones with a proper, QWERTY keyboard.

Fantastic features, shame about the camera

As mini keyboards go, this is one of the best we’ve used – the buttons are well-spaced, easy to press and responsive, plus the weight of the device falls in the middle of the XDA when you’re typing. Many keyboard-packing handhelds are too top-heavy for comfy typing.

O2’s Pocket PC experience shows in the build quality of this XDA incarnation: it’s rock solid. Ditto the bloody huge cradle and its aux battery charging slot. The screen’s decent, too, boasting a resolution and brightness that make it great for movie-watching and web browsing.

In use, the combination of big screen, keyboard and Windows Mobile OS makes this phone easy to use. Syncing’s a cinch with PCs – you can even use Wi-Fi with some tinkering – and there’s a huge catalogue of third-party software for you to install.

Battery life’s respectable, clocking in just short of two intensive days. The only thing that’s really disappointing is the rather dated 0.3MP camera. Considering everything else is so slick, we can let that slide.