Since their heyday in the late ‘90s, Japanese role-playing games have been losing ground – outgunned by shooters and tripped up by their own navel-gazing tendencies (we’re looking at you, Final Fantasy). Ni No Kuni: Wrath of the White Witch seeks to reverse the trend with a finely crafted adventure co-created by Professor Layton developers Level-5 and Studio Ghibli, the film studio behind anime classic Spirited Away.

Wrath of the White Witch – story

Ni No Kuni casts players as Oliver, an ordinary kid from small-town America who turns out to be the boy-wizard saviour of a magical world. Trouble is he knows bugger all about magic, so it’s down to his cuddly toy Mr Drippy, who turns out to be a fairy king with a Welsh accent, to help him on his quest. It’s got the air of a kids’ story but, like the best children’s tales, it’s told in such a warm and enchanting way that it’s captivating enough to melt the heart of even the iciest cynic.

The world of Ni No Kuni

Ni No Kuni brims with polish and the beautifully drawn world lives up to the standard you’d expect from Studio Ghibli. The oddball characters and cuddly beasties that Oliver meets and fights during his adventure don’t disappoint, either. The star turn is the blunt Mr Drippy who provides the perfect comic foil to the innocent Oliver with chatter about “tidy” deals and giving enemies “a proper walloping”. We would have liked more of the script to be audio rather than text, but it’s an understandable concession given the huge amount of in-game dialogue.

Battles are the heart of any Japanese role-playing game and Ni No Kuni is no slouch in this area. As in most Japanese RPGs players order Oliver and his companions to carry out actions – for example attack or defend – and victory comes down to executing well-timed strategies. While it’s tempting to look at the visuals and think the battles would be on the shallow side, nothing could be further from the truth. As the game progresses it reveals an impressive amount of depth and challenge without ever compromising on accessibility for players unused to Japanese RPGs.

Wrath of the White Witch – familiars

As well as standard companions, Ni No Kuni also brings some monster rearing to the mix with its wizard’s familiars. These impish pets – of which there are dozens, maybe hundreds – can be collected and then trained to fight with the help of treats such as ice cream and apple pie. In real life capturing pets and training them to fight by feeding them junk food would probably result in a visit from the RSPCA, but in a magical anime world no one seems to mind. Tidy, as Mr Drippy might say.

Side quests and exploration

The main adventure is thoroughly linear but Ni No Kuni is far from a conveyor belt experience. There’s enormous scope for departing from the story to go exploring, get involved in side quests to earn rewards for good deeds, do some shopping or develop a pack of vicious but adorable familiars. The result is a game that is very easy to lose yourself in for hours.

Overflowing with brilliance, Ni No Kuni delivers on its promises and proves there is still life in Japanese role-playing games. It’s an impressively deep game but one that is always careful to keep things accessible and fun. Funny and as warm as a onesie, Ni No Kuni might lack marines, blood and fast cars but it certainly knows how to put a smile on people’s faces. 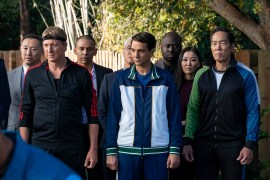 Games Watch: the 5 best new games coming out in September 2018 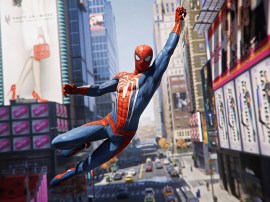