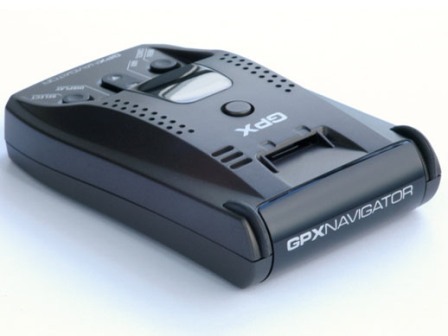 For those new to speed camera detectors, this button-festooned one i the most daunting to use – initially, at least.

Thankfully, it’s nowhere near as difficult as it looks to set up. Pop the power cable into your cigarette lighter, wait for a signal and sink the throttle. Just don’t take it abroad – detectors are illegal in many EU countries.

Out on the road, it’s pretty sharp. The GPX missed a sneaky A3 GATSO but picked up everything else.

It’s a neat device, despite the irritating warning bleeps, but the user interface is complicated and there are better units out there for the money. That said, the windscreen mount is a much tidier solution than the competition: a precious virtue.