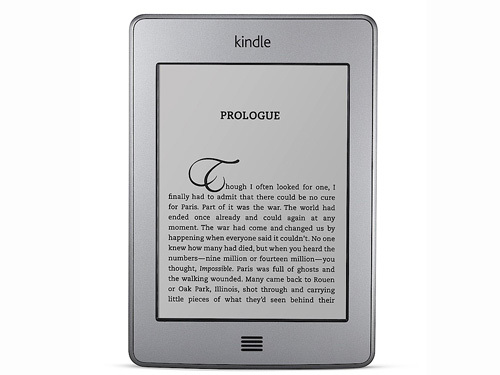 After three doses of assassination antics in Renaissance Italy, Assassin’s Creed III takes the series into the political powder keg of 18th Century Colonial America. Instead of papal intrigue and Leonardo da Vinci, we now get Samuel Adams and complaints about taxation. Assassin’s Creed III makes up for the loss of Italian glamour with bulk, offering a huge game that takes in Boston, New York and the wilds of the American frontier. But is the result quantity over quality?

Assassin’s Creed III’s huge recreation of Colonial America is nothing short of stunning. The streets of Boston and New York bustle with activity and opportunities for back-alley escapes while the sprawling frontier teems with wildlife and stunning views. And although the countryside action means there are fewer opportunities for running across rooftops, the game’s free-running system makes leaping from tree to tree just as (if not more) compelling and effortless.

The scale of the game world is truly enormous, but Assassin’s Creed III has a campaign to match. It takes the best part of 10 (enjoyable) hours for the story and action to even really get going and even then there’s still hours left. The tale is the usual jumble of DNA time travel and Templars versus Assassins but it’s impressive that the story’s quality stays high for almost all of the many hours of killing and sneaking on offer.

The story is just the start, though, because Assassin’s Creed III contains more distractions than Twitter. On top of the main campaign players can lose hours playing board games, building homesteads, gathering pirate trinkets and trading goods. The hunting is especially good, with plenty of room to use snares, bait and aerial attacks from treetops to capture your prey. The only downside of this generosity is that it’s easy to get side-tracked from what you originally set out to do.

In case the ample frontier, long campaign and the bumper crop of distractions aren’t enough for you you’re in luck, for Assassin’s Creed III also lets you play seadog. The naval simulation side of the game might be a sideshow to the main on-land action, but what a sideshow it is. Allowing players to sail the Eastern Seaboard, battling rough winds and blasting British frigates makes this a far more than a stapled-on extra feature. That the action is viewed from behind the ship’s wheel is a big plus, as it helps convey a real sense of battling against the winds and seas to manoeuvre your ship into the ideal spot to bombard those tax-imposing imperialists.

With so much on offer in the single-player mode, the inclusion of six multiplayer modes feels like a footnote, but these are decent games in their own right, even if none come close to stealing the main game’s thunder. Alongside the modes from previous Assassin’s Creeds there are two new multiplayer options: Wolfpack, where players work together to assassinate non-player characters; and Domination, a capture-the-flag type affair where rival teams of assassins battle for territory.

Assassin’s Creed games have never been short on ambition, but Assassin’s Creed III really pushes the boat out (sometimes literally). The usual magic mix of combat, stealth and free-running is still in place, but it’s now backed up with so many compelling things to see and do that even some weak present-day missions and the odd bug can’t detract from the stunning overall quality and truly astonishing scale. Plus it’s stunning and astonishing enough to wrestle with the big boys in our top ten list of the best games out there.