When iRiver’s Story eReader appeared at the tail end of last year it came lacking a significant feature – Wi-Fi connectivity. But as the name of its successor implies, it now possesses such powers. A partnership with WHSmith’s online eBook store also means the iRiver Wi-Fi Story is locked in to one service, so you can’t just grab your eBooks from any ‘ole service anymore.

Until very recently, it would have been fair to say the iRiver Wi-Fi Story is a genuine Kindle rival and that £200 is a pretty reasonable price to pay for a digital book. However, since the unveiling of the Kindle Wi-Fi with it’s pocket-friendly price tag, iRiver’s new entry could come across as being a tad overpriced.

So we want to know what you think – check out our video review and let loose in the comments below. Is the iRiver Wi-Fi Story worth the extra moolah or will you be bagging Kindle’s latest offering at the end of the month?

Your sci-fi reading list just teleported in from the future… 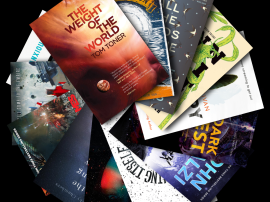 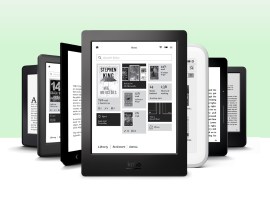