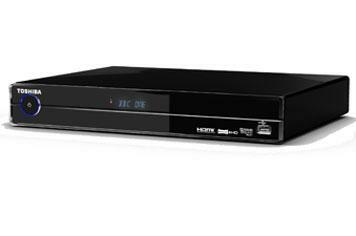 Toshiba has announced it will be entering the Freeview HD market in time for the World Cup.

Not only will the company be introducing the HDR5010 Freeview+ HD digital TV recorder for hooking up to your existing TV, it will also be pulling 3 Freeview HD-packing TV ranges out of the bag as well.

The HDR5010 will pack a 500GB hard drive for up to 120 hours of HD content, dual digital tuners for watching one channel while recording another, 2 USB ports and 3 HDMIs (2 inputs, 1 output).

As for the TVs, the three new ranges packing integrated Freeview HD will be the RV, SL and WL Series.

However the SL and WL Series will include added features such as LED backlighting, Toshiba’s new SoundNavi technology for improved sound from your TV’s speakers, as well as higher refresh rates at 100Hz and 200Hz respectively (the RV Series will be a lower 50Hz).

You can expect the RV and SL Series to hit shelves in April, but you’ll have to wait until May for the WL Series – still in plenty of time for the World Cup. 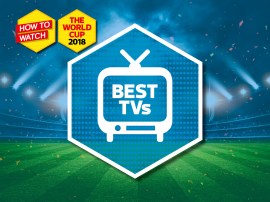 BBC will broadcast part of the Olympics in Ultra HD

Expect to see plenty of blood, sweat and tears in all their ultra-visible glory as the Beeb plans to serve up the most detailed Olympic events yet