Vodafone performed well in the first round last month, swinging in with the 3.5G-equipped v1605 and catching T-Mobile off-guard. Now, though, in true Italian Stallion fashion – we’ll forget T-Mob is German-owned for the minute – the pink network’s come back with a knockout punch by releasing the Vario II with a blazingly fast near-2-meg internet connection.

By comparison, Vodafone’s little smartphone won’t be able to enjoy those speeds until it gets a software update in 2007.

You get some tasty features aside from the zippy web surfing, namely: HSDPA (3.5G), Wi-Fi, Bluetooth, a 2MP camera, MicroSD slot, Windows Mobile 5.0 and – if you’re a business bod’ running Exchange – Blackberry-style push email. It’s virtually identical in size to its predecessor, measuring a mere 113mm long and 58mm wide.

Buying the T-Mobile version of this smartie has other benefits, too, not least the red and silver livery and the open internet access. The network’s also promising the current 1.8 meg speed will jump to a mind-blowing 20 meg by the end of the decade.

On sale: Later this week 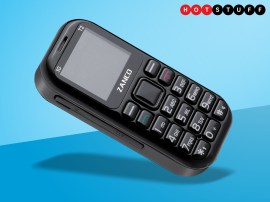 Hunting for a new phone on O2? Perhaps looking for the best deals on the new Apple iPhone X, iPhone 8, Apple iPhone 8 Plus, or even OnePlus 5, S8, S8+, iPhone 7? Here are the top offers around today. 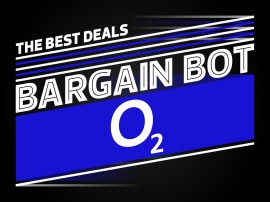 If you thought your old Nokia was big and tough, think again