Just days after they were announced, I’ve managed to get hands on with three new Sony Ericsson phones. The big name here is the P1i, the new addition to the SE’s smartphone P series. After the interminable wait – and inevitable disappointment – of the P990, the P series needs a fillip. And I reckon the P1i could be it.

It takes the P990’s Wi-Fi connection and 3MP camera and crams it into the chassis of the likeable but fun-free M600i business phone.

The P1i still runs the UIQ variant of Symbian, which I’m not convinced by, but hopefully it’ll at least run quicker than on the P990i.

I say ‘hopefully’ because I have a prototype model, and have been denied battery or charger, so I can only comment on a dead handset. Nonetheless, it’s made me excited about getting a fully working review model in a couple of week’s time.

Also lifeless but desirable (that sounds wrong, doesn’t it?) are two of Sony Ericsson’s non-smartphone prototypes, the T650i and the 2MP S500i slider.

The 3G T650i is a blast from the past (remember the T610?) but with an autofocus 3MP camera. This will undoubtedly take better camphone shots than most, but the autofocus optics make the lens stick out from the back of the phone, which is a real shame and potential scratch hazard.

And the S500i? It’s just style, baby – but a refreshingly different design, especially with the lovely circuit-board green finish of the keypad.

When I actually get my hands on ones that turn on, I’ll tell you more. Oh, and you’ll be able to see these phones – plus the Motorola iPhone rival, which launches tomorrow – in this week’s vidcast, out Friday.

Apple iPhone 14: everything you need to know

The new flagship iPhone is going to be launched later today. Here’s what to expect from the iPhone 14 series 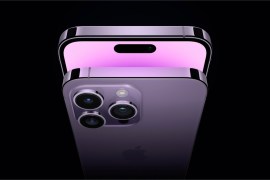 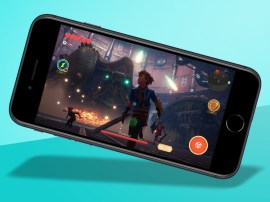