We already knew the PlayBook’s OS is due an upgrade this month in a bid to bolster its performance with features including the ability to remotely control your 7in tab using your BlackBerry.

Now, with the BlackBerry DevCon Europe event in full swing, RIM took the time to demo some of the impending updates and give a few lucky developers the tour.

RIM has been talking up Android app compatibility since May 2011, but it looks like we’re finally about to see the fruits of RIM’s labour with Runtime for Android – which will allow for the easy porting of Android apps onto the tablet.

BlackBerry Bridge – the software that links your PlayBook to your BlackBerry – will also see a 2.0 upgrade.

As expected, Bridge 2.0 allows you to use your BlackBerry as a wireless keyboard and mouse for your PlayBook. So every prod and swipe made on your BlackBerry will be mirrored on your PlayBook for full navigation, which should make bashing out those emails just that little bit easier with BlackBerry’s unrivalled QWERTY keyboard.

The remote control action also means you can share and demo apps on your PlayBook, while using the touchscreen on your BB as a controller.

BlackBerry also mentioned the updated calendar and contacts features we were expecting, with added social media features. So you’ll be able to have a gander at the people you’ll be meeting and the calendar will visually emphasise calendar dates depending on how busy you are. The busier you are, the bigger the date number grows.

With PlayBook 2.0 expected to be rolled out towards the end of the month, it looks like you won’t have to wait much longer to give it a spin. 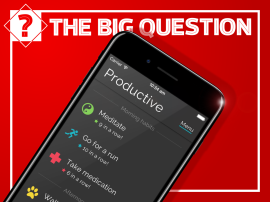