Home / News / PS3 served in the US, most go hungry

Hordes of delirious gamers filed into stores across the US at midnight last night to pick up their shiny PS3s, but line-cutters, supply issues and a shrinking games catalogue have cast a shadow over the console’s big day.The general mood has been festive, but things inevitably turned ugly in places. Fights erupted in a rain-soaked New York following line-cutting, and three campers were shot with BB bullets by jealous hoodlums in a Kentucky drive-by.PS3 shortages haven’t helped. Sony isn’t commenting on figures yet, but an analyst from US firm Lazard Capital Markets is claiming that today’s shipment is only 200,000 units – more than twice the number Japan shifted last weekend, but only half the number Sony had earlier predicted.This has left superstores like Best Buy unable to fufill their pre-orders and, according to reports, reduced to offering discounted Xbox 360s to soothe customers’ disappointment.To rub it in, three games from the original launch line-up – NBA 07, Sonic the Hedgehog and Full Auto 2: Battlelines – have either been cancelled or delayed until the new year.This hasn’t put hardcore gamers off – the 60GB PS3’s price on eBay ballooned to the $2000 (£1060) mark today, with the website restricting sellers to listing one console per account and banning shipments to Europe.Still, Sony has got some good news for us – a spokesperson has confirmed that, contrary to rumours, the PS3 is on track for a March 2007 launch in Europe. It’s a vague promise, but we’ll take it.

BBC iPlayer to go third party. Plus 10% of iPlayer views via PS3

The BBC plans to create an open iPlayer following requests from other broadcasters to share the technology. Stuff favourite and BBC director of future 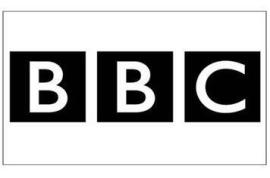 PS3 mania hits the US

We’re all for dedication to the cause, but queuing for a week outside Best Buy just to secure a PS3? Apparently that’s what die-hard Sony fans are alr

Hear that rustling? That’s the sound of gamers screwing up their Christmas lists, following the devastating news that the PS3’s European l