The Nokia Lumia 900 has been spotted in the above video, and as you can see it’s not a subtle leak. The big brother to the Lumia 800 was used in this ad aimed at drawing developers to Windows Phone OS, which is in dire need of more apps.

If rumours are correct we can expect this curved beauty to arrive packing a 4.3in display, 8MP snapper and sadly just a single core – but at 1.4GHz it’ll make zippy use of the 16GB internal storage. One of the best features is the 1800mAh battery that should keep you juiced for at least two days, even when using the Lumia 900’s hasty HSPA+ connectivity.

No word on an official launch yet, but with Microsoft pumping US$1 billion into Nokia so they stick with Windows Phone OS, we expect plenty of new handsets to hit the shelves this year.

Google launches Google Music in the US

UPDATED! Nokia appears to have passed through the Android camp. But will its leaked soldier ever see battle? 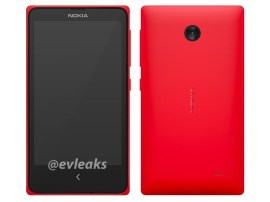 Stuff Gadget Awards 2013: the Nokia Lumia 1020 is Readers’ Gadget of the Year

The people have spoken: Nokia’s 41MP wonder phone has snapped up a coveted Stuff Gadget Award 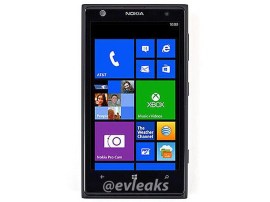