We’ve been waiting patiently for the two giants of social networking, mobile phones and MySpace, to collide ever since the two met up in the States on Cingular. Well, drum roll please, because at last they’ve teamed up over here, too.In an exclusive for Vodafone, every scenester’s favourite website will be appearing pre-loaded on select 3G handsets and available for download from the red network’s Live! service.Elsewhere, Vodafone has its fingers in another online pie, with a new eBay widget for online shoppers. Like the aforementioned MySpace gizmo, it’ll come embedded on certain new phones or as a free download.On trial in Italy, but rolling out across Europe later in the year, it’ll let eager bidding beavers search and browse for potential purchases (an unexploded hand grenade previously held and shouted at by Brian Blessed, perhaps) and jump in at the last minute to bag a bargain without perching on a knife edge in front of your computer.Finally, the world-conquering video vault YouTube will join the interweb party on Vodafone with a special mobile version allowing sqaure-eyed Live! users to upload and view content directly from their phones.Sadly there’s no word on which handsets will get the MySpace and eBay pre-loaded treatment, or even when exactly they’ll be putting in an appearance so as they say: watch this space.

eBay is making their Black Friday offers even better by taking an extra 5% off. 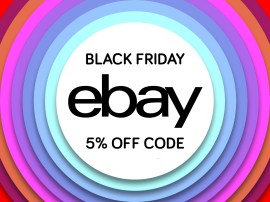 Think you’ve caught all of today’s news? Our morning roundup can make sure of it 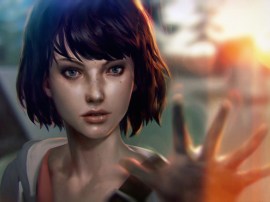 It launched in the States a while back, but now MySpace Music has finally gone live in the UK, offering up free streaming with no audio ads. Hurrah!We