The world needs a new mythical phone rumour but today cold water has been poured on our latest great white hope, the Google Phone.Far from being just around the corner, Reuters quotes New York analyst Gene Munster as saying that the search giant is working on mobile phone software, not a phone itself.Seems he believes that it’s working on bringing an enhanced version of its web search to mobiles and on bringing location-finding services to, among others, the iPhone.Google’s acquisition of mobile phone graphics company, Skia, and mobile apps outfit Reqwireless certainly wouldn’t jar with the switch to working with Apple rather than against it.Still, we can’t help but keep repeating that quote from head of Google in Spain, Isabel Aguilara: ‘Some of the time the engineers are dedicated to developing a mobile phone.’ Sounds pretty unequivocal, doesn’t it?

Google Pixel 4a vs Apple iPhone SE: Which is best?

Which smaller, cheaper flagship alternative is the one worth wielding? 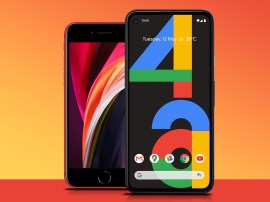 Apple and Google bring their burliest brawlers to this flagship battle 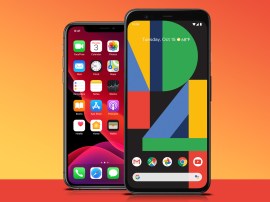