Google’s next goal? It’s emerged today that the company is bent on creating a new generation of robots capable of performing the boring, repetitive tasks we all hate.

Google is never one to shy away from ‘moonshots’: ambitious, long-term projects designed to change the world. Think Glass, or its work to make self-driving cars a reality. And its latest moonshot, being headed up by former Android chief (and head of the self-driving car project) Andy Rubin, is all about robots.

A generation of droid drudges

The idea, at least at first, is to create robots – possibly humanoid robots – capable of performing logistical and manufacturing tasks – areas where Google believes there’s plenty of room for improvement. Places like supermarket back rooms and postal depots could one day be staffed by Google’s robots, leaving humans to perform less boring tasks. Even automated factories still require people to be walking around on the floor – but robots could fill these roles.

Rubin, who has a background in robotics, has already acquired several AI and robotics companies in the US and Japan, including ones that specialise in humanoid robots and vision systems.

While the project is a long-term one (don’t expect Johnny 5 to be dropping off your Ocado order within the next year or two) and ambitious, Google is one of the few companies with the resources and vision to pull it off. Self-driving cars seemed like a wildly unlikely prospect a few years ago but now, thanks to Google (and others), they’re a step away from becoming a reality on our roads. This is a project we’ll be watching with interest.

The future of robots is metallic slime, not stompy metal people 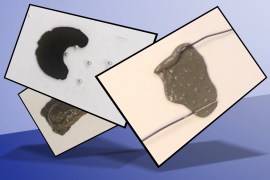