Fujitsu is about to unveil a serious living room tool: a 37inch PC-TV hybrid.

Currently only available in Japan, the FMV-Deskpower TX 95S/D is a 1080p-compatible LCD mated to a 2.8GHz Intel dual-core Windows XP PC.

It has four tuners – two digital and two analogue – but, if our translation of the Japanese press release is correct, it uses proprietary media software rather than Microsoft Media Center.

Twin 300GB, 7200rpm drives record input from the four tuners – if you recorded everything, at all times, you could probably fill ’em in about a year.

Once filled, you’ll need a gaggle of single- or dual-layer BD-R and BD-RE Blu-Ray discs to archive your shows.

This might well be the media centre powerhouse you’ve been waiting for: one with a Blu-Ray recording ability to match high-bandwidth HD broadcasts.

But if you want one now, you’ll have to factor in a flight to Japan. The top-of-the-range TX 95S/D will go on sale there in June for the equivalent of about £3000.

If you can’t wait until June, a cheaper DVD recordable version – the TX 90S/D will be on sale later this month, for roughly £2200. Smaller-screened versions will also be available, but at the loss of 1080p, and you don’t want that, do you?

More info, in Japanese, at jp.fujitsu.com. 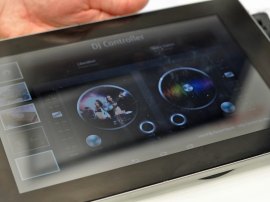 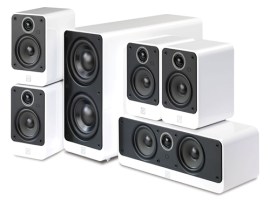