Bluetooth will finally be leaving the niche world of wireless headsets and moving into the video-streaming fast lane, thanks to an agreement from industry giants.

The Bluetooth Special Interest Group (SIG) and WiMedia Alliance – who can count Microsoft, Nokia and Intel among their number – have decided to crack open the latter’s ultrawideband (UWB) rocket fuel to make Bluetooth the wire-assassin it’s always threatened to become.

According to SIG’s boffins, you’ll be able to get transfer speeds 100 times faster than current gizmos by 2008. They’ll have a range of 50m rather than 30m too.

Today’s mobiles offer pathetic one megabyte per second speeds, but the new generation will race past the 10MB/s needed to stream video onto the heights of a hi-def friendly, Wi-Fi bothering 100MB/s.

The SIG clan expect the new standard to be complete in early 2007, with the first prototypes arriving in the summer of that year.

If that seems a long way off, you’ll be able to get your first taste of UWB in the UK this autumn with the first wireless USB device from Belkin, pictured above (story here).

The tech has all of the advantages of today’s Bluetooth, including low power consumption and security features, but adds the speeds needed to get your house’s tech – your Xbox, laptop and printer, for example – chatting to each other for a harmonious, wire-free gadget existence.

Beta yourself: master iOS 14 and iPadOS 14 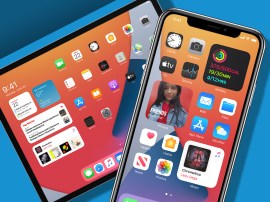 Stuff of the Decade: The 15 biggest tech trends 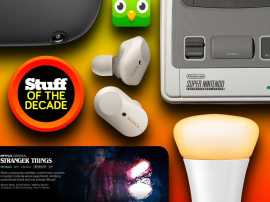