Oh, WinPho, we’ve neglected you. But with 80,000 apps in the Marketplace (and rising) plus some absolutely beautiful hardware to use them on, your exile from Stuff.tv app round-up is no more.

Here’s the first of a bunch of best Windows Phone app round-ups that we’ve put together. The essentials – AKA the (mostly free) downloads we’d expect to see among the live tiles of any Lumia-toting smartphone sentry worth his salt.

This genius app will make sure you never go hungry come summer holiday time – once downloaded, Translator will store the languages (like French, Spanish and Chinese) offline to avoid hefty data charges. Then, point the camera at a menu or road sign in a foreign language and the text will appear on top. The speed is impressive and text and voice input are even quicker.

The WinPho version of Spotify is far from perfect – but if you can forgive a few UI niggles (like no scrubbing on tracks), it’s still the first music app we’d download. You can save playlists offline or stream over 3G and with Spotify’s huge catalogue and the ability to view friends’ lists, you’ll be listening to (almost) any track you can think of in seconds.

If you can’t afford a Spotify sub and aren’t too specific about what you want to listen to, we’d recommend TuneIn Radio – it’s seriously slick, doesn’t cost a penny and gives you more musical choice than you’ll know what to do with.

Send texts, photos and videos over the good ol’ internet in group chats with iPhone, Android and even BlackBerry users with WhatsApp. Warning – it’s only free for the first year and it might just take over your life. Pin this bad boy to your Start screen immediately.

Grab yourself a decent hi-res screen and an all-you-can-eat data plan and why wouldn’t you want to watch movies and TV shows even when you have to leave the sofa? The Netflix app is brilliant – view your recently watched films first, then browse by genre or search the curated lists with (personalised) star ratings and blurbs.

Get Flixster too while you’re at it for movie trailers, Rotten Tomatoes reviews and cinema times.

Yes, Shazam limits your tags to five tracks a month but you’ll be happy to pay for more if you find yourself constantly asking, “What is this tune?” SoundHound lets you tag more tracks for free, and adds humming/voice recognition but unfortunately the WinPho app’s a bit crashy.

Other cloud storage services aren’t exactly falling over themselves to make the leap to Windows Phone but not to worry – Microsoft’s own SkyDrive has it covered. Viewing your documents and photos is straightforward and although the free space allowance has dropped from a whopping 25GB, it’s still a more than respectable 7GB.

Now this one has potential – at the moment you can link the app up to your Xbox 360 to search and queue up games, movies and music on Xbox LIVE and view second screen info (like the Halo: Reach app Halo Waypoint).

Look out for Sonic 4: Episode 2 with rumoured seamless gaming between WinPho and Xbox and hopefully more requested features like an onscreen keyboard for messaging. Plus Xbox LIVE Extras gives you all the avatar customisation you’ll need on the go, if you’re into that kind of thing.

Text and video news stories, weather updates and a neat tipster form for sending in breaking news, Sky’s done good with this one and we can’t wait for Sky Go to join the party. There’s been some complaints of Live TV not working but it streamed just fine over 3G and Wi-Fi for us. No official BBC News app for now but this should serve your current affairs needs nicely.

No, we haven’t skipped ahead to games – this is a fun free app that we’ve included purely so you can make iPhone and Android fans green with envy. Open up the app, turn your phone to landscape view and watch as it turns your Facebook or Twitter feed into the scrolling opening credits of Star Wars. Genius.

Obviously you’ll need a phone with a forward-facing camera to make a Skype a worthwhile download – like the HTC Titan II or imminent Nokia Lumia 900. But since Microsoft’s running the show we expect big things from the video-calling app.

As it is, it’s a good-looking UI – just tap to see which of your contacts are online – and even though Skype can’t run in the background (yet) it will work on devices with just 256MB of RAM like the Lumia 610.

Viral of the week – Nintendominoes

Apple television to have Siri and FaceTime

Nothing’s upcoming phone OS: How you can try it out

There’s nothing beta than a new launcher! 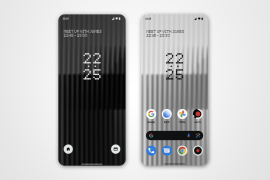