While nothing here is actually made from solid gold, the sounds you’ll be enjoying from any of these headphones might as well be. It’s the sound of rich, dark chocolate being poured into your ears at precisely 30 degrees Celsius, the audio equivalent of a sensuous massage for the brain’s sound processing centres, and the feeling of elation only known to those who have heard the hidden, forbidden sounds only accessible to those with the very best headphones. Choose wisely.

Our guide to the best-ever wired headphones

There can only be one reason to choose a wired in-ear headphone over its wireless alternative, and that’s sound quality. Oh, you can buy a pair of true wireless in-ears that sound very good indeed (and we’ve already recommended a few); but for supreme signal stability and coherence, wireless will never be able to match wired.

So the Sennheiser IE 900s are for those people who take mobile listening seriously… and people who have paid money for a nice digital audio player because as we all know, the headphone socket has fallen from fashion rather heavily where smartphones are concerned. These buds, it would appear, are for listeners who are as passionate about sound quality as Sennheiser itself.

So while your £1099 doesn’t buy you all that much stuff, the stuff it does buy you is brilliantly engineered and flawlessly built. The earbuds themselves are machined from a single billet of aluminium and milled on five axes; the result is a little in-ear monitor that looks not unlike a piece of jewellery.

Yet Sennheiser has somehow found room inside for a triple-chamber absorption system and an acoustic vortex on the inside, along with a 7mm wide-band transducer. As far as the transducers are concerned, Sennheiser reckons it’s nailed the lowest unit-to-unit variation ever achieved in miniature dynamic drivers like these.

There’s an absolute stack of evidence in support of Sennheiser’s fanaticism available, but really you only need listen to the IE 900s in order to realise just how much that hard work has paid off. In every aspect of music reproduction – low-frequency punch and control, transient response, dynamic headroom, rhythmic positivity, you name it – they absolutely knock it out of the park.

In short, they’re more faithful to the source, more downright musical, than even the most expensive true wireless alternative could hope to be.

These stunning luxury headphones use the latest-gen version of Audeze’s planar magnetic tech, which employs twin sets of magnets with a wafer-thin diaphragm between them. The result is powerful and detailed sound to replicate tunes as the artist intended them, while the drivers won’t deteriorate with age. Best used with a headphone amp.

One look at the price and the brand name is enough to make us anxious and excited all at once. And sure enough, the Utopias are recklessly expensive headphones – but they’re also among the finest available at any price. Nothing is beyond them when it comes to delivering music, in full and with complete conviction. They’re a stupendously accomplished listen. 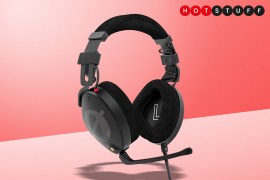