On a scale of ‘work of genius’ to ‘latest album by some bloke who won X Factor‘, the Beatles’ Sgt. Pepper’s Lonely Heart Club Band sits right up there with the classics. Inexplicably, it’s been 50 years since it was released, and to celebrate, turntable hotshot Pro-Ject is releasing two special edition turntables in its honour. Both the Essential III and 2 Xperience SB decks have had a Sgt. Pepper revamp – the latter taking on an snazzy walnut makeover and limited-edition release (£1235). Our favourite of the pair, though, has to be the Essential III (£429). Its striking blue plinth will make it quite the showy centrepiece for your analogue setup, with the Sgt. Pepper drum kit logo peeking from underneath the platter. Specs wise, nothing has changed from their plain-clothed comrades, but knowing what Pro-Ject does here, that’s fine by us. Both will be available in late May, just in time for the release of the album’s Double LP Deluxe Anniversary Edition.

A bold, head-turning vinyl-spinner forged from metal and glass 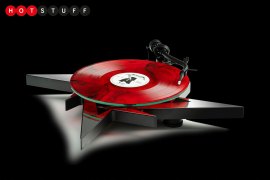 Messing with the Classics 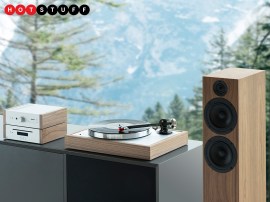 For audiophiles on a budget 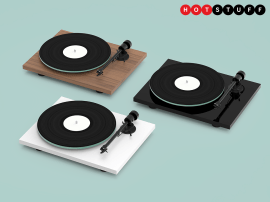